Despite born to a Hindu mother and a Muslim father. She was taught to respect all religion from childhood. ‘Communal riots pain me’, she once said in an interview to TOI. She therefore found faith in Christianity.

She was baptised in 2007. She is currently serving as a politician for Indian National Congress and has profound admiration for Rahul Gandhi.

Nayanthara was born to Kurian Kodiyattu and Omana Kurian, Malayali Syrian Christians. Diana Mariam Kurian is her given name. When she entered the film industry, she changed her name to Nayanthara. However, she soon fell in love and converted to Hinduism in order to marry Prabhu Deva. Sadly their relationship did not last.

Yuvan Shankar Raja revealed on Twitter a few months ago that he had discovered faith in Islam. After eliciting mixed reactions from his supporters, he eventually decided to quit the social media. Yuvan Shankar Raja is said to have converted to Islam after his mother passed way. However, he has not yet changed his name.

Monica, a South Indian actress, was born to a Hindu father and Christian mother. She converted to Islam in 2014 although she has not revealed the reason yet.  Her name has been changed to MG Rehima. She has quit acting afterwards. 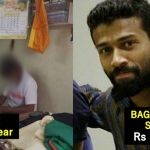 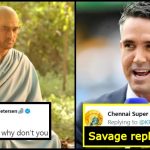