In today’s world, cinema is the most popular means of entertainment. Majority of the world watch movies not just for entertainment but to relax for some time. You tend to experience a variety of things while watching movies. Above all, a movie with a beautiful message is sure to win people’s hearts.

The film industry makes a staggering amount of money through blockbuster movies. When the new movie is approaching, the movie lovers act quickly to book their preferable seats for the most-awaited movie. People always feel a great sense of accomplishment after watching a movie. Watching a movie on the ‘First Day First Show’ is even more special.

If the movie is awesome, the box-office collections would get bigger and better. The collections that the production team gets after the first day serves as a testament to the fact how the people in today’s world love movies. Right from eating popcorns to watching a complete movie at the best scene, people love to spend from minimums to maximums.

So, here are 7 hilarious movies to binge-watch this weekend with your loved ones.

This is a romantic comedy film about a fat guy who finds himself in the friend zone with his best friend. The film depicts how, at long last, he is able to break free from the friend zone.

It tells the story of a stoner who witnesses the death of a corrupt cop and in a rush, leaves his blunt near the crime scene. To avoid detection by the murderers, he flees with his crazy pot dealer.

Get Him To The Greek

The story is about how hilariously a talent scout from a record company attempts to bring a musician from London to Los Angeles for a concert within three days of time.

This film depicts the lives of two 30-year-old men who are aimless in their lives. And then their parents get married, and they become roommates for the first time. The movie features Will Ferrell, one of the greatest comedians of all time.

Always Be My Maybe

The movie is about two teenaged best friends who once moved apart but have managed to re-enter each other’s lives as adults when one of them unprecedently opens a restaurant in San Francisco.

Wine Country is practically every girl’s dream which resonates with get-togethers and girl’s night outs. This is a story of how a group of girlfriends travel to the wine country to celebrate the birthday of one of their friends. But the real fun in the film starts when they realise they all have very strange ways of dealing with life’s challenges.

It is a film series, and the first film describes two successful men, a banker and a medical student who smoke pot on their way to get some burgers but end up in series of misadventures. 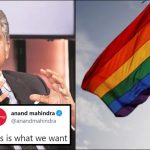 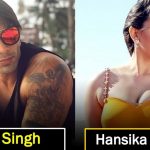