There is a saying that ‘if you feed others who are in an empty stomach, then you are considered on par with God. We will learn about a special person named Sitaram Das Baba who cooks for 500 people in a day for absolutely free of cost. Yes, you read it right! He does not charge even a penny from the less unfortunate ones.

Feeding any hungry person gives him a great scene of accomplishment. He has, in fact, dedicated the last 36 years of his life to this noble work. The same Baba Sitaram’s ashram is near the Ramnath Swamy temple which is located at Keelavasal. When the tourists and devotees go there they get to eat good and don’t return back empty stomach.

It is also believed that the name of Sitaram Baba’s ashram is Bajrang Das Baba Ashram and both North Indian and South Indian dishes are served in this ashram.

Sitaram Baba’s ashram is always open to all people and there is no discrimination on the basis of religion, caste, gender, etc. Sitaram Baba wakes up at five in the morning so that he cooks food for the people who come to the ashram. Also, his ashram runs with donations from people. Sitaram Baba has a small team of 10 people who assist him in running the ashram.

Akshaya Patra was founded in 2000, with the mission that “no child in India should be deprived of education because of hunger.”

When nobody came forward to feed the hungry stomachs, a Hyderabad citizen, identified as Hyder Moosvi hit the headlines for feeding the poor every month. Isn’t this man a wonderful soul? or maybe there is no adjective or superlative to describe him in one word.

He spends Rs.1.2 lakh from his own pocket not just once but every month only to feed the poor and help the needy. Now this man deserves huge media attention. Several other media keeps running behind celebrities. But, we need to promote this man for his priceless work. Let’s really hope that one-day higher authority would come forward to resolve all the problems.

Hyder Moosvi turned a good Samaritan since 2015, by providing food packets 8 to 10 times on a monthly basis. Whenever he sees poor people starving for hunger, he immediately buys the food and distributes to them for free of cost. This goes to show that he is indeed a man for the society. He instilled faith that ‘humanity’ still exists on this planet.

“We started food distribution in the year 2015, but at that time we use to distribute eight to ten times in a month. From 31 March 2017, we started distributing food daily at Dabeerpura bridge. People who can’t afford food come here from various places, stand in line and take food packets. We are really happy to serve those in need,” he told ANI

This is a heart-touching story of Hari Singh, who is an electrical engineer by profession, has been working hard with a vision of eradicating hunger from his town, Jamshedpur, Jharkhand. This young man’s aim to serve humanity led him to set up ‘Voices Of Humanity’ with the goal that no human sleeps hungry at night.

Started in the year 2015 by Hari along with a few young volunteers, this non-profit organization connects people from diverse backgrounds who want to help the needy with their service. Currently, they’re operating with a team of more than 250 members and run many campaigns to help the poor and the underprivileged.

Sharing his experiences with The Logical Indian website, Hari says,” It always pinched me to see the poor eating out of the food thrown in dustbins. Every day, there is a lot of food wasted at various functions while there are other’s sleeping on the streets who cannot even afford one meal a day. Thinking of the disparity, I started the organization to help such people. By serving them, I feel that I am able to rekindle the lost faith in humanity and bring people together to work towards a larger goal.”

Hari also credits his team members who work tirelessly even during shivering December winters, just to make sure that the food reaches to the starving or malnourished.

“Apart from working as food facilitators, we’ve been working on several other campaigns such as Mission Shakshar to educate the underprivileged,” Hari shares.

“Our team also teaches around 90 children who have been suffering from leprosy in Devnagar basti. The quality of education in government schools is degrading day by day. Children hailing from such background remain the worst sufferers and they need to be motivated often to continue their education under such grim circumstances,” Hari tells The Logical Indian.

The Youth salutes Hari Singh for restoring faith in humanity.

Meet Gowtham Kumar, founder of Hyderabad-based NGO named “Serve Needy”, got himself included into Universal Book of Records for serving food to more than 1,000 people and that too in a single day.

Mr Kumar who is on a significant mission, accomplished the target after he served food to more than 1,000 hungry stomachs at three different places. First, he served food at Gandhi Hospital, then at Rajendra Nagar and finally at Amma Nanna orphanage home in Chowtuppal.

Talking to news agency ANI, Mr Kumar said, “I started Serve Needy organisation in 2014 and now we have around 140 volunteers. We have been doing these types of social activities since 2014. But today, I have served food to more than 1,000 people single-handedly. So, it was a world record.”

“Universal Book of Records has given me the certificate for the same. My organisation’s main motto is ”No one deserves to die like an orphan when our organisation is there”. We are expanding our organisation so that no one will die in hunger. We are expecting help from others and the government to help more people,” he added. 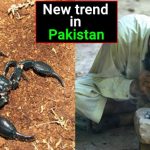 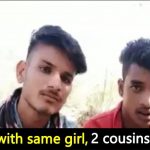