87 years after the Independence of the country, Nirmali town in the Supoul district of Bihar has finally got train service. Train service reached in the village as Indian Railways conducted a speed trial upon the completion of the construction work on the Asanpur Kupaha-Nirmali rail line, News 8 reports.

Additionally, a speed test was carried out between the Radhepur-Nirmali route too. Locals of Nirmali celebrated the arrival of the national transporter in their area by evoking vociferous slogans of ‘Modi Hai Toh Mumkin Hai’.

Train service was halted in the Nirmali-Saraigarh route due to a strong earthquake in 1934. It also marked the division of Mithilanchal into two parts. Reportedly, railway officials believe that approval can be sought from the Commission of Railway Safety (CRS) in the backdrop of the recently held speed trial.

Former Prime Minister Atal Behari Vajapayee had laid the foundation stone of the Kosi Rail Mahasetu in June 2003. Ahead of the Bihar assembly elections, PM Narendra Modi inaugurated the Asanpur Kupaha railway station and passenger trains from Saraigarh through Kosi started going to the Kupaha railway station too.

Officials mentioned that the authorities will be apprised of the successful trials that took place the Nirmali railway station and the finer details of operating passenger trains on the route will be finalised thereafter. 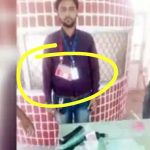 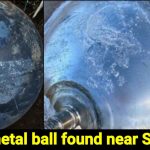