Amid rising Petrol and Diesel prices, the Indian government has given its approval on the use of E20 petrol for bikes and cars. Late on 8th March, the Ministry of Road Transport and Highways (MORTH) has issued a notification approving the use of E20, a mix of 20% ethanol and 80% petrol.

At a time when people are worried about rising petrol and diesel prices, this news will lighten you up. Your fuel bills are expected to come down after the government has approved the increase of ethanol blending in petrol. E20 is a type of petrol where 20 per cent ethanol is blended with petrol.

Currently, the E10 or 10% ethanol blending in petrol is allowed in India since 2008. However, in reality, less than 6% of ethanol is present in petrol due to the shortage of availability. According to MoRTH, ethanol blending at the end of FY18 was 4.22%.

E20 fuel is good for the environment since the blended fuel has a lesser amount of hydrocarbons and carbon monoxide. The car and bike manufacturers will be required to tell which vehicle is suitable for E20 fuel. The E20 compliant will help in bringing down import of crude oil.

During studies, Ministry observed that E20 decreases the Carbon Monoxide and Hydrocarbons emissions significantly compared to normal gasoline in two-wheelers and four-wheelers. In 2014, less than 1 per cent of ethanol was blended into petrol and it was later increased to 8.5 per cent. The target is now to blend 10 per cent ethanol.

India is 83% dependent on imports for meeting its oil needs. Doping petrol with ethanol will cut down the import requirement. Also, ethanol being less polluting fuel, it will cut down carbon emissions. 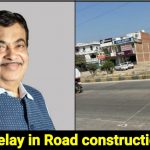 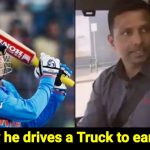