In the most recent development in the Republic Day violence case, Jaspreet Singh, a Delhi resident was arrested by the Special Cell of the Delhi Police for climbing up the Red fort during the tractor rally on January 26.

The 29-year-old was seen in offensive gesture holding steel tensile installed at the Red Fort and has been accused of climbing up one of the tombs located on both sides of ramparts of the iconic monument during the January 26 violence. Jaspreet is also known as Sunny and is a resident of Swaroop Nagar.

Delhi Police have so far arrested over 100 people in connection with the violence that broke out at ITO and Red Fort during the farmers’ Republic Day ‘Tractor Parade’. Last week, the Police, tightening its noose around the culprits, released photos of 220 people allegedly involved in the violence that erupted on Republic Day. The police had also appealed to the public to share any photos or videos of the violence.

Among those arrested is the Punjabi actor and Khalistani supporter Deep Sidhu for his role in instigating violence and the vandalisation at Red Fort on Republic Day during the farmers’ tractor rally. Sidhu was traced by Delhi Police using advanced surveillance technology.

Another accused in the case, gangster Lakha Sidhana is still on the run and had recently released a video, urging people to meet at Punjab CM Captain Amarinder Singh’s ancestral village Mehraj in Bhatinda for a Kisan rally to be held on February 23.

The Delhi Police special cell also arrested one Maninder Singh Moni, a mechanic who was seen swinging swords at the Red Fort on January 26. According to the police, the sword dancing by Moni motivated violent protesters to attack personnel stationed at the Red Fort.

On Republic Day, hundreds of rioters broke barricade at the Delhi border ahead of the scheduled time for Tractor rally and reached the Red Fort, all the time unleashing violence on the Delhi Police. The rioting mob then sieged the Red Fort and unfurled the Khalsa Nishan on the historical monument.

The police have so far registered 38 FIRs in connection with the Republic Day violence and have arrested over 100 people. They had also issued lookout notices against 44 people, including the alleged ‘farmer’ leaders, who they believed had instigated the rioters to indulge in violence. 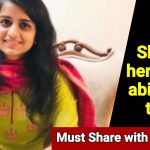 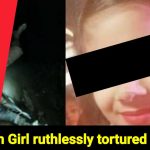