Mahesh Bhatt’s directorial comeback titled “Sadak 2” recently faced immense criticism from every nook and corner of the Bollywood fraternity. Meanwhile, the fans still admire the first part staring Sanjay Dutt and Pooja Bhatt in lead roles. Inspired by Taxi Driver, Sadak 1 turned out to be the highest grossing films of 1991.

Meanwhile, Pooja Bhatt disclosed an interesting piece of information about her father and director Mahesh Bhatt’s suggestion before kissing Sanjay Dutt during a scene. Talking to Bollywood Hungama, the actress said, “Innocence needs to be the approach. This was the first lesson I learnt on sets of Sadak many, many years ago, when I had to kiss my icon Sanjay Dutt, I was all of 18 years, and here I was kissing the man whose posters I had in my room.”

She added, “I remember my father taking me aside and telling me something that has remained with me for the rest of my life. He said, ‘Pooja if you are going to feel vulgar, it is going to look vulgar. So you need to approach a kissing scene or love making scene with a lot of innocence, grace and dignity, because the intention is communicated.'”

This very particular incident triggered anger to netizens on all social media platforms. Mahesh Bhatt has often hogged the limelight for his string of controversies, heartbreaks and failures. A couple of years ago, he came under fire for his controversial pictures with Jalebi actress Rhea Chakraborty.

In this article, we have summed all the women were a part of Mahesh Bhatt’s controversial love life.

After Sushant Singh Rajput’s death by suicide, there was a news report doing the rounds about how Mahesh Bhatt had reportedly asked Sushant Singh’s rumoured girlfriend Rhea Chakraborty to vacate the flat and leave the actor immediately after she told him about him hearing voices and behaving strangely.

While social media is boiling with nepotism debate, the Mumbai Police had been investigating the matter. These claims have not been officially proven yet and social media seems to have believed the rumours or widespread speculations and created a narrative which antagonises Mahesh Bhatt.

Mahesh Bhatt added fuel to the fire when he recently tweeted the photo of a skeleton along with a famous quote from Tad Williams. Bhatt had tweeted a picture of a skeleton with a caption that read, “Dying men think of funny things – and that’s what we all are here, aren’t we? Dying men?”. 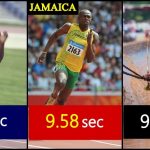 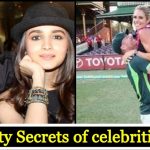