Ambitious people never give up on dreams, come what may. In a competitive world, where people sweat it out to give absolutely everything to crack the exam, only very few have touched the pinnacle of success. Ever heard the story of how a girl with hearing impairment went on to crack IAS exam in the first attempt?

There is nothing that can stop a woman from touching the pinnacle of success. Raised in Delhi, Saumya Sharma has done something remarkable which others can only dream of. She cracked the civil services exam in her first attempt in 2017 with an All India rank of 9. It is not easy to crack the Union Public Service Commission exam but Saumya Sharma made it look so.

The 2018-batch IAS of the AGMUT cadre had never imagined becoming an IAS officer but attained an AIR 9 without availing reservation benefits.

Sharma told The Better India, “It began with a lot of buzzing in my ears, but the hearing loss happened all of a sudden and went to the extent where I wasn’t able to hear my voice.” At the time, she was in Class XI.

It was in law school, where the seeds of her desire to join the civil services were first sown.

“Once you study law, your inclination naturally turns to social issues. You read about constitutional law, human rights, and a lot of other things that inspire you to do something for society. However, I only got serious about writing the exam in February 2017, which was four months before the preliminary exams (prelims) that year. But getting into the civil services felt like a perfect opportunity to do something for the masses,” she recalls.

She began preparing in her final year of college, taking no coaching classes and studying on her own. Keeping abreast of current affairs since her schooldays, Saumya didn’t take a long time to break into her preparations.

Her final college exam took place on June 2, 2017, and she wrote the prelims just 16 days later.

However, this isn’t where her obstacles ended. After spending months preparing for the Civil Services (Mains) Examination, she fell violently sick with viral fever.

Saumya wrote her essay exam with barely three hours of sleep, and by the time she returned home, her fever had hit 102 degrees Fahrenheit.

“All my plans for revising for the GS (General Studies) papers came to nought. I was struggling in my bed, unable to get up, and was given IV drips as my fever climbed to 102 degrees. Everyone in my family was worried and wondered I would be able to get up in the morning and write my exams, but somehow, I managed. In between the GS papers, i.e., during the lunch break, I was given IV drips in my car—an extremely uncomfortable experience. The exhaustion along with the fever almost made me faint while writing my GS2 exam,” she writes in her blog

Speaking to The Better India, she says, “My parents are doctors, and they managed the situation well. I was determined not to let another physical condition to pull me down. I did not want a petty fever to come in between all the work that I put in for this exam. I’m really grateful that despite these obstacles I could do well in my first attempt and finish with a good rank.”

Today, she is an Assistant Commissioner undergoing her district training with the District Magistrate of South West Delhi, and she’s loving every minute of it.

All that struggle has paid off. Now, it’s time for her to serve. 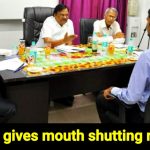 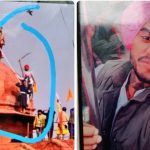