In a shocking incident, a delivery boy and his aide have been arrested for allegedly blackmailing and raping 66 women. The accused were held from Bandel in Hooghly district of the State.

As per reports, the two accused have been identified as Vishal Verma and Suman. Vishal, who worked as a delivery boy for an e-commerce firm, tricked female customers (especially homemakers) into sharing their number under the pretext of taking feedback. He would then lure them into video calling him. Vishal used to take screenshots of the video call and blackmail them. The accused forced the women to come to his house, where he raped them.

Vishal admitted his crime, stating that he has raped 66 women so far. He would often extort money, ornaments from his victims. However, his modus operandi was exposed when a victim from Chinsurah registered a complaint with the police. She informed that the accused had delivered goods to her house two months ago. The victim added that he took her number and forged a friendship with her. She said that Vishal had raped her when she went to his house.

On Saturday, the cops raided his house in Bandel and caught him red-handed with another victim. The police have seized his cell phone and recovered microchips containing pictures and videos of several women. During the probe, the cops found that Vishal used the phone to blackmail and rape women. In one such video retrieved by the police from his phone, the accused was seen holding a victim hostage at gun-point.

The accused along with his friend Suman were produced before the local court on Sunday and sent to 5-day in police custody. Suman, a painter by profession, has been Vishal’s partner in crime on several occasions. Suman has been recently married and his family members have claimed to have been unaware of his crimes. 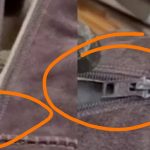 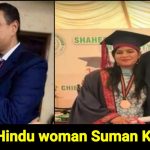