Taking other’s objects or property without their permission is called ‘Stealing’. In today’s world, we hear a lot of stories of thieves stealing gold, money, wallet, bike, phone etc. Usually, items are stolen from the jewellery store, medical shop, shopping complex and so on.

Recently, 3 youths from Punjab who participated in the farmers’ protest attempted to rob a jewelry shop in Delhi.

robbery at jewellery showroom has been the latest trend set by robbers in the contemporary world. It is palpable that three people from the protesters who were protesting against recently passed Farm Bills, tried to loot a jewellery shop in Delhi.

Two of the accused were immediately arrested. Following the incident, traders took out a march and blocked the main road for half an hour, demanding arrest of the third accused, restriction on movement of tractors in markets and deployment of police in markets.

The protesters lifted the blockade following an assurance by Bahadurgarh SDM Hitender Sharma and DSP Pawan Kumar that the third accused would be held soon.

One of them pointed a pistol at his employee and threw chilli powder on another. Employees raised an alarm and several persons reached the spot. They nabbed the duo and thrashed them. The third youth accompanying them fled. The accused were identified as Ranbir (34) of Moga and Resham (42) of Faridkot. The DSP said the accused were participating in the protest at the Tikri border. 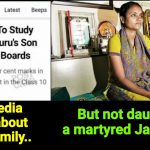 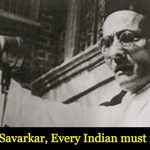