Shabnam, the mother of a 12-year-old son, will be the first woman in independent India to be hanged for a crime. This news has left people in shock across the world. Surprisingly, for the first time in independent India, a woman on death row will be executed at the country’s only female execution room in Mathura.

The Mathura district jail has started preparations to hang a woman convict first time in 70 years. Shabnam, a resident of Uttar Pradesh, is one of the two convicts in the 2018 Amroha murder case, had killed seven members of her family in 2008. A female hanging house was built in Mathura Jail 150 years ago, but no woman convict has been hanged yet.

The mercy petition filed by Shabnam has already been rejected by the Governor and President and is likely to be hanged soon after a death warrant is issued. Shabnam is presently lodged in Rampur district jail while another convict in Amroha case – Salim is lodged in Agra prison.

Hailing from Amroha, Uttar Pradesh, Shabnam was in a relationship with Salim and wanted to get married. However, her family was against her decision. On April 15, 2008, Shabnam’s entire family was killed, and Shabnam initially claimed that her house in the small village of Bawankhedi, Amroha was attacked by unidentified assailants.

However, during the investigation, Shabnam was found to be the main accused and she confessed that she and her boyfriend Salim had planned to kill her family members. Shabnam, who was pregnant with Salim’s child, had made her family members drink milk laced with sedative and thereafter slit their throats. Seven members of the same family, including her 10-month-old nephew, were killed by Shabnam and Salim.

Salim, who worked at a wood sawing unit outside Shabnam’s home, came from a different socio-economic background than Shabnam and was a Class VI dropout. While Shabnam was a double MA (in English and Geography) and taught at the village primary school. Salim was a Pathan, while Shabnam’s family were Saifi Muslims.

Shabnam’s family owned some land in the village, and her father was an Arts teacher in the local college. The difference in socio-economic was not accepted by Shabnam’s family, which resulted in an argument between Shabnam and her parents.

Both Shabnam and Saleem were sentenced to death in 2010 by the sessions court in Amroha in UP. The two convicts filed several petitions over the next 11 years from Allahabad high court to the Supreme Court. However, they were all rejected. The President also rejected the mercy petition. In January last year, her review petition was dismissed by the SC.

Meanwhile, Shabnam’s uncle Sattar Ali has said that she deserves the death penalty for brutally murdering seven members of her own family. Pawan Jallad of Meerut, who had executed the convicts in Nirbhaya’s gangrape-murder case, will be the executioner of Shabnam and Salim’s death penalty. He has visited Mathura jail and suggested modifications to the existing structures to carry out executions when and if death warrant is issued. 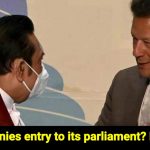 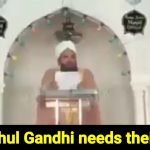