A video is increasingly becoming viral on social media in which a Muslim cleric from Rajasthan can be seen urging his followers to attend a rally organised by the Congress party. It is not precisely clear where the video is from or what the name of the cleric is.

In the video which is doing the rounds on the internet, the cleric is seen stating that the event will be attended by former Congress president Rahul Gandhi, Chief Minister Ashok Gehlot and others Ministers and MLAs from the Rajasthan Assembly. He asks his followers to make their presence at the Raj Public School at 11 a.m. on the 13th of February.

Intriguingly, the cleric says that it is necessary to demonstrate their strength as a community because of the sword hanging over them of 2025. It is not clear what he means when he says that.

It could mean that the Congress could seek retribution from the Muslim community in 2025 if they do not rally to their cause in the Lok Sabha Elections the year prior. Or, it could also indicate that the cleric is trying to fearmonger about the BJP in order to entice his followers into rallying behind the Congress party.

It is yet to be ascertained when the video was captured. It surfaced on the internet on the 19th of February and went viral in no time.

However, we do know that Rahul Gandhi did visit Rajasthan on the 13th of February. He was joined by Ashok Gehlot, Sachin Pilot, Ajay Maken and others.

Rahul Gandhi had addressed a ‘Tractor Sabha’ on the 13th of February where he peddled his usual canards about the recently passed farm laws. If the content of the viral video is authentic, then it appears another instance where the ‘farmer protesters’ demonstrating against the farm laws are not really farmers at all.

Earlier, an undated video had surfaced where ‘Azadi’ slogans were raised by Muslim protesters demonstrating against the farm laws. In the current situation, assuming that the content of the viral video is accurate, it is not clear whether Mosques were used in the region to mobilize support for Rahul Gandhi’s Rajasthan rally or if it is an isolated instance at one single Mosque. 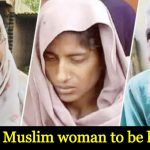 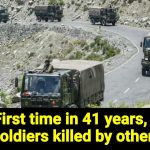