Well, it doesn’t matter where and when you were born but if you are cut out for acting, then you are bound to come through with flying colours in the film industry.

Case in point, Sona Mohapatra is a popular Indian singer, music composer and lyricist. She is quite frank in nature. In fact, she doesn’t shy away from expressing her bold opinions on social media platforms. Not a long ago, Sona was vocal about Salman Khan’s alleged bully nature.

During the promotions of Sultan movie, when Khan made a strange r#ped woman remark, Sona Mohapatra was one of very the few who lashed it left, right and centre.

“Dear Bhai Chamcha’s, You continue to prove my point with every perverted, sick, cheap message you write to me. HaHa,” she wrote.

She also knows how to take down haters on Twitter. Well, social media is often seen as a boon for celebrities to interact with their fans and followers. On the dark side, social media has seen some verbal spats and controversies over the years.

In the name of freedom of speech, netizens are ineffectively using the social media instead of using productively in the first place. Recently, one of the Twitter users messed up with Sona Mohapatra on micro-blogging Twitter platform. However, the singer gave a mouth-shutting reply.

The man had earlier wrote to Sona Mohapatra that after watching her interviews he thinks that Sona is surely a victim of Bollywood gangs where she is also trying to woo them. He wrote: “Why all feminists have to show cleavage in order to compete with men… and after seeing ur few interviews i think ur a victim of bolly gang but again ur trying to woo them to be i their gangZany faceZany faceZany facewat a dichotomy…Nerd faceNerd faceNerd face.”

However, after coming across this message, the singer came up with a savage reply to the user. She tweeted: “I’d suggest you treat the multiple ‘cleavages’ in your brain before talking with anyone, let alone with a ‘feminist’ trying to ‘woo’ the ‘bolly gang’..

In case you didn’t know, Sona Mohapatra has expressed her views about feminism every now and then. According to her, women are equal to men because nobody is inferior or superior in this world.

She stated, “For me, simply put, feminism means women are equal to men. Neither is inferior or superior. The ideal society in the future would be one in which we all operated & thought as ‘humans’ first & gender did not play a role in the treatment meted out to anyone’s opportunities in the world.

While that is a utopian dream in the current day, the reason we need to have such discussions, debates & even fights is to work towards such a future. Attitudinal change in society won’t happen without the same. This is the ‘good fight’, & worth fighting make no mistake.” 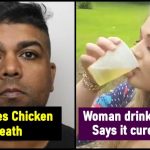 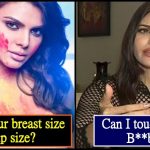