Recently, a scuffle broke out at the Ghazipur farmers’ protest site after which farmer leader Rakesh Tikait slapped a youth. Rakesh Tikait is a Bharatiya Kisan Union (BKU) leader.

M. S. Bitta held Rakesh Tikait responsible for disrespecting the national flag on the red fort. Bitta said that it was Tikait who incited people by giving provocative speeches. He alleged that Tikait asked people to resort to lathi and swords for the violence. He showed farmers the wrong path. He wanted to repeat the 1984 riots. Bitta said in an exclusive interview with Dainik Bhaskar on Sunday.

11 rounds of talks between Centre and farmer unions have been held so far and the government is still understanding farmers’ concerns. But protesters are adamant that the government should withdraw the three farm laws.

PM Modi has said the welfare of the farmers is the utmost priority of the government. Farmers should not believe the lies being spread over the new farm laws. “But still after all these, if our farmers have any concern, we will bow our heads in front of them and will listen to what they have to say. Their benefit is our utmost priority”.

These people (accused of the Red Fort violence) have tried to uproot the foundations of independence. The insult of the Indian tricolour has hurt all Indians living all around the world. This incident has been covered by international media as well.

Tikait told farmers to bring sticks to put their own flag and he provoked farmers to resort to violence. Intelligence input suggested the involvement of Pakistan’s ISI agents in the rally.

Earlier, Rakesh Tikait had broken into tears claiming that the protests will go on and kept insisting that the laws must be repealed. He also threatened to commit suicide and also said that there was a conspiracy underway to murder farmers.

Rakesh Tikait is among the 37 farmers’ leaders who have been named in FIRs related to the Republic Day violence in Delhi. These leaders have been charged with sections pertaining to attempt to murder, rioting, criminal conspiracy, among others. 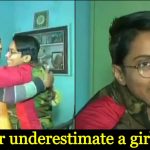 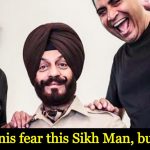