If you have the right attitude to take things forward, then you are destined to touch the pinnacle of success. Jaya Kishori’s story is one that will leave you in awe. She is one of the most famous motivational speakers in India. Kishori is not only famous in India but also worldwide.

She is popularly known as ‘Kishori Ji’  and ‘Meera of Modern Era’. Jaya Kishori was born on 13 July 1995 in Kolkata. Her real name is Jaya Sharma. She did her schooling from Shri Shikshayatan College and Mahadevi Birla World Academy in Kolkata. She completed B.Com in her graduation. Hailing from a Gaur Brahmin Family, her father’s name is Shiv Shankar Sharma. Her mother’s name is Sonia Sharma. She likes singing and listening to music.

Jaya Kishori’s stories are also well liked on social media. She has around 20 popular albums in her name. Jaya Kishori has received several accolades and awards for her great work including Aadarsh Yuva Adhyatmik Guru Puroskar by Bhartiya Chhatra Sansad.

On the question of marriage, Jaya Kishori says she is not a sadhvi like every other girl, she wants to get married. Generally, people do not get married if they are on the spiritual path, but Jaya Kishori has made it perfectly clear that she wants to have children after getting married.

According to an employee who works in her office, Jaya Kishori charges Rs 9.5 lakh for Katha Pravachan. She takes 4 lakh 25 thousand rupees in advance and the remaining she takes after Katha Pravachan.

However, Jaya Kishori does not spend all the money on herself, a large part of her earning goes to the Narayan Seva Sansthan which is a non-profit charitable organisation. Reportedly, whatever is collected from her discourses, it is donated to Narayan Seva Sansthan in Udaipur and all the donations come in use to help and support disabled people.

Kishori likes Yoga and also promotes it openly. One of her programmes holds the Guinness World Record. Her Satsangs have been hosted by various devotional channels especially, Satsang Channel. 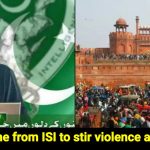 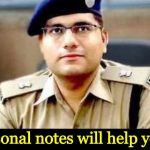