We love our country and we are proud of every interesting thing associated with it. We are proud of our history, heritage and culture and we must also take pride in the fact that it is we Indians invented many things but not many are aware of it.

We often put ourselves in an inferior position thinking that foreign countries are more superior to us. But you must know about the inventions by Indians.

Charios, Horse, Elephant and Soldiers. In the game of Chess, King is the most pivotal piece. The word checkmate is originated from the Persian Shah mat, meaning ‘The King is dead’. The popular game was originated in India amongst Buddhists. It is believed that they invented this game as a substitute for war because killing people is prohibited in their religion.

Surgery was not a new subject to ancient people. It was Indian scientist Sushruta Samhita who performed surgery. At that time, they used flints (dazzling grey or black stone resembles glass) as surgical instruments and the teeth of fish and sharp thorns were other important instruments required to perform a surgery.

Even the plastic surgery was carried out by Indians, as early as 2000 BCE. The surgeon Sushruta Samhita played a major role in contributing to this technique. And today, modern surgery is only possible owing to the discovery of anaesthesia and prevention of body infection.

Karate is one of the most famous and practised martial arts in India. Karate originated in the island of Okinawa with Chinese Gong Fu’s influence which was actually been influenced by ancient Indian martial arts.

So, Karate is indirectly associated with India. Karate first grew in quality in India in the 1970s and 1980s, with many dojos first set up in major cities. FYI, Karate Association of India (KAI) is the nationally recognized body for governing karate in India.

Without Mathematics, there is no life, to be honest. It is a subject which deals with quantity, form and members. Zero is one of man’s best inventions. As per popular belief, Aryabhatta invented zero but he actually didn’t. It is a fact that Hindus who invented the number system found zero.

Babylonians showed zero with two angled wedges (middle) while the Mayans used an eyelike character [top left] to display zero. Chinese started writing the open circle we now use for zero and Hindus depicted zero as a dot.

Cricket is a bat-ball game invented by the British. But they were inspired by the Indians as it was originated in India with a sport called ‘Gilli’ during the era of the Maurya Empire according to a Textbook. Gilli-Danda became famous that time in the Middle East and South East Asia where it developed into baseball, and it was further developed into Cricket by the British.

In ancient India, several number of herbs and their extracts were used for cleansing hair. We call it now as shampoo. The word ‘Shampoo’ is derived from chāmpo. It is dried Indian gooseberries famously referred to as ‘amla’ was used for shampooing.

Proud to be an Indian! 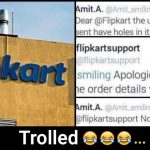 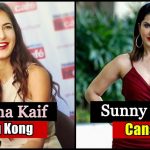