In a shocking development, the father tried to kill the murderer inside the courtroom who had killed his daughter. As soon as a judge sentenced the defendant to death for killing three people and wrapping their bodies in garbage bags, the father of the victim jumped upon him to attack him in front of judge, but officers stopped him from attacking.

Van Terry, the father of Shirellda Terry, had walked to the front of the courtroom to give a victim-impact statement and turned toward Michael Madison, who gave him a malicious smile. Terry lunged at Madison and was immediately swarmed by sheriff’s deputies as Madison and his attorneys scrambled to get out of the way.

Law enforcement officers dragged Terry out of the courtroom and ushered him out of the courthouse. A spokesman for the Cuyahoga County prosecutor said the situation was being reviewed.

Cuyahoga County Common Pleas Judge Nancy McDonnell declined to clear the courtroom, and after about a 15-minute delay the hearing continued.

The judge accepted a jury’s recommendation that Madison, 38, receive the death penalty. She could have chosen to sentence Madison to life in prison without parole. She said the horrific nature of Madison’s crimes far outweighed evidence presented to spare him, including an abusive and chaotic childhood.

The bodies of 38-year-old Angela Deskins, 28-year-old Shetisha Sheeley and 18-year-old Shirellda Terry were found in July 2013 near the East Cleveland apartment building where Madison lived. Madison told police he strangled two of the women but couldn’t remember killing the third. Prosecutors say the women were killed over a nine-month period: Sheeley in October 2012, Deskins in May 2013 and Terry in July 2013.

The discovery of the bodies in July 2013 drew national attention to the possibility that another serial killer like Anthony Sowell had been killing women in and around Cleveland. Sowell was convicted in 2011 and sentenced to death for killing 11 women whose bodies were found at his Cleveland home.

The matter came to the fore when a cable television worker reported a putrid smell coming from a garage shared by Madison at the apartment building. Inside, police found the decaying body of a woman wrapped in garbage bags that were sealed closed with tape. The next day, searchers found bodies in the basement of a vacant house and in the backyard of a home nearby.

Prosecutors argued at trial and during the mitigation hearing that Madison deserved to die because of the circumstances surrounding the killings.

A death sentence “will send a message to the community that the strongest possible sentence will be imposed upon crimes of this nature,” assistant prosecutor Christopher Schroeder said.

Madison was classified as a sex offender in 2002, when he was sentenced to four years in prison for attempted rape. 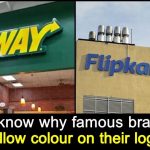 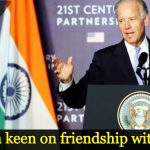