There are many different places in India, which is very beautiful. You must have known about Lucknow, the capital of Uttar Pradesh, which is also known as the ‘City of Tehzeeb’ or ‘City of Nawabs’.

Lucknow established by Kushal Gupta is the capital city of the state of Uttar Pradesh, India. It is the second largest city in north, east and central India after Delhi. Lucknow has always been known as a multicultural city that flourished as a North Indian cultural and artistic hub and seat of Nawab power in the 18th and 19th centuries.

Lucknow is famous for its traditional cuisine, fine arts and the most courteous people you will ever find in India. Lucknow has preserved its inherited culture with modern beauty even today with great beauty. Although a lot has changed with the times, but one third of the population here is still holding this Tehzeeb.

Lucknowi Pan is an integral part of the culture here. Without it, Lucknow seems a bit incomplete. There is a clock tower in Lucknow, which is considered to be the highest bell tower in India. There is also a picture gallery built in the 19th century. 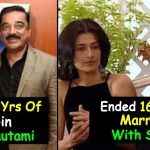 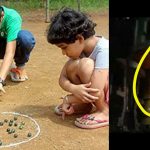