In shocking news, ‘Pakistan Zindabad’ slogans were allegedly raised near Khan Market metro station in New Delhi during the early hours on Sunday. Two men have been detained soon after the police got the information about this.

In the backdrop of the security apparatus being on a high alert because of the Republic Day celebrations on Tuesday, passersby called the police control room to report the incident.

The incident took place around 1 am, when some locals and passersby informed the police about this matter. The call triggered panic among the security agencies as the New Delhi area has been put under multi-layer security cover due to the Republic Day celebrations on Tuesday.

According to the police, “Tughlaq Road police station received a PCR call that slogans of ‘Pakistan zindabad‘ have been raised near Khan Market metro station. Reaching the location, police found 2 men, 3 women and a teenager on the spot with blue Yulu bikes.”

“On questioning, it was revealed that two families along with their child had come for sightseeing around India gate and had rented e-bikes. They started racing on e-bikes and had kept each other’s name based on different countries including Pakistan. Further, while cheering they had said ‘Pakistan zindabad‘ in a lighter vein,” said Delhi Police. 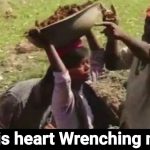 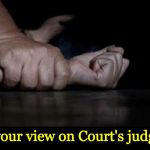