There are many stars all over the world who keep bodyguards with them for their safety. Be it Salman, Shahrukh or Aamir Khan. The stars also pay huge amount of money to the bodyguard to strengthen their security. Now you might be thinking what will be the annual salary of these bodyguards.

Amitabh Bachchan’s bodyguard protect him from his huge fan following and charges Rs 1.2 crore per annum.

The pretty actress of our industry has made her bodyguard her Rakhi brother too and for fulfilling his responsibilities he charges Rs 80 Lakh per annum.

Khiladi Kumar, Akshay Kumar is himself fit but he too needs a bodyguard who can keep him safe from the crowd and for which he gets Rs 1.2 crore per annum.

Mukesh Ambani, the chairman of Reliance Industries, pays approximately Rs. 2 lakhs per month to his car driver. The agreement for recruiting drivers for the Ambani family is given to private firms which train them very well.

After that, these drivers have to pass several examinations in order to get a job in Mukesh Ambani household. They are recruited under different situations to determine how they will react in a certain state.

Taimur’s Nanny earns an amazing amount and Kareena Kapoor has admitted publically that her salary is not an issue as her son’s happiness is of prime importance. She pays the Nanny Rs 1.50 lakh and if she does overtime then Rs 1.75 lakh. 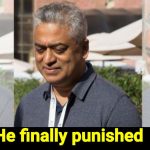 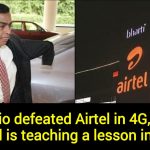