Amid ongoing farmers‘ protests over the new farm laws, International Monetary Fund (IMF) Chief Economist Gita Gopinath has stated that the three farm laws introduced by the Centre have the potential to increase farmers’ income.

While Gopinath agreed that agriculture is one of the areas where India needs holistic reforms and backed the recent farm laws, she added that farmers should be given social safety as well.

When asked about the reforms, Gopinath said these laws will help widen the market for farmers and allow them to sell to multiple outlets besides the Mandis without having to pay tax. “And this had the potential to raise, in our view, farmers’ incomes,” Gopinath told news agency PTI.

However, she added an important caveat. “That said, every time reform is put in place, there are transition costs. One has to make sure and pay close attention that it’s not harming vulnerable farmers, to make sure that the social safety net is provided. Clearly, there is a discussion right now and we’ll see what comes out of it,” the IMF chief economist said.

It may be noted that the three farm laws were introduced by the government in September last year and have touted as major reforms in the agriculture sector, as it will remove middlemen and allow farmers to directly sell their products anywhere in the country.

Many other economists have extended their support to the government’s farm laws, but thousands of farmers in India, mostly from Punjab, Haryana and western Uttar Pradesh have been holding protests across Delhi for the past two months.

They have been asking the government to withdraw the farm laws and offer a legal guarantee on Minimum Support Price (MSP) for their crops. So far, 11 rounds of talks have taken place between the government and farm leaders, but the matter remains largely inconclusive.

The situation is likely to get even more complicated after farmers organized a massive tractor rally on Republic Day. Breaking police barricades, they barged into Red Fort and hoisted the Nishan Sahib, which is a symbol of the Sikh religion. 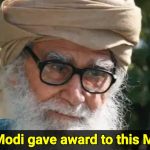 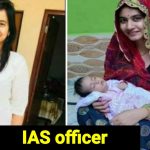