Kamala Harris, whose mother flew from Tamil Nadu to the USA, has created history by becoming the first Indian-origin, first Black and first African American vice president of the United States.

Harris is now the 49th to enter the nation’s second-highest office, even though Joe Biden, the new President, is the 46th chief executive. The Biden-Harris administration is also considered the 46th elected government since the first administration was led by President George Washington and Vice President John Adams from 1789 to 1797.

Why is Kamala Harris the 49th US Vice President, but Biden the 46th President?

Simply, this is because there have been more vice presidents of the United States than presidents.

Her mother, Shyamala Gopalan Harris from Chennai, was a breast cancer researcher who died of cancer in 2009. Her father Donald Harris is a Jamaican American professor of economics.

Her maternal uncle Gopalan Balachandran said that he knew she was going to win and would be flying to America to attend her swearing-in ceremony in January 2021.

Speaking about the swearing-in ceremony on Good Morning America, Harris previously explained, “I was raised by a mother who said that to me all the time: ‘Kamala, well, you may be the first to do many things—make sure you’re not the last.’ And that’s how I feel about this moment.”

Harris said that her first job was to clean pipettes in her mother’s laboratory, as she visited the National Health Institute headquarters for the second dose of her COVID-19 vaccine.

Maya Harris, Kamala’s sister, once tweeted, “You can’t know who Kamala Harris is without knowing who our mother was.”

Here’s what we know about Harris’s mother, a gifted scientific researcher and activist.

Born in Madras (now Chennai), India, Shyamala Gopalan Harris moved to the US for her education at the age of 19, where she received her doctorate in nutrition and endocrinology.

“My mother and father, they came from opposite sides of the world to arrive in America. One from India and the other from Jamaica in search of a world-class education. But what brought them together was the civil rights movement of the 1960s. And that is how they met as students in the streets of Oakland marching and shouting for this thing called justice in a struggle that continues today,” Kamala Harris said in her opening remarks during first campaign appearance after being selected as Joe Biden’s choice for vice president.  The multi-cultural identity shaped her values. Kamala spoke about this in her autobiography when she said about her mother that, “She knew that her adopted homeland would see Maya and me as black girls, and she was determined to make sure we would grow into confident black women.”

Adding, “In a country where she had no family, they (the black community) were her family – and she was theirs. From almost the moment she arrived from India, she chose and was welcomed to and enveloped in the black community. It was the foundation of her new American life”.

Kamala also talks about how her mother remained a proud Indian. She says, “All of my mother’s words of affection or frustration came out in her mother tongue (Tamil) – which seems fitting to me, since the purity of those emotions is what I associate with my mother most of all.”

Shyamala went on to work at the University of Illinois and the University of Wisconsin. Eventually, she became a part of the Special Commission on Breast Cancer.  She passed away due to complications from a colon cancer in 2009. She was 70. According to Shyamala’s obituary, “She made substantial contributions to the field of hormones and breast cancer, publishing her research in countless journals and receiving numerous honors…Her discovery sparked a plethora of advancements regarding the role of progesterone and its cellular receptor in breast biology and cancer.” She died of cancer in 2009. Her father, Donald Harris, is from Jamaica. 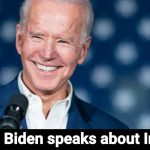 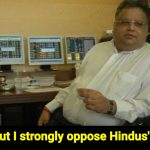