Meanwhile, many celebrities have come forward to donate money for the construction of the Ram Mandir in Ayodhya. Let’s know what contribution they have made to the Ram Temple.

Bollywood actor Akshay Kumar is not just a reputed actor in Bollywood industry but also a philanthropist and a good human being. Akshay has not only extended his services to the film industry but has also won people’s hearts by giving back to society.

Day by day, respect for Akshay Kumar is growing and it is because of the good things that he has been doing from the bottom of the heart. From supporting Bharat Ke Veer to taking care of his Mission Mangal director Jagan Shakti’s medical bills during an emergency situation, he is always there for everyone. Once again, he has won people’s hearts by donating for the construction of Ram Temple in Ayodhya.

Bollywood Khiladi has urged his fans to contribute towards the construction of Ram temple in Ayodhya, after the nationwide drive to collect donations kicked off.

Kumar took to Twitter and shared a video, writing that he has donated his share for the construction.

“It is a matter of great pleasure that the construction of our grand temple of Shri Ram has begun in Ayodhya… Now it is our turn to contribute. I have started, hope you will join too. Jai Siyaram,” the actor wrote.

In the video, the 53-year-old actor said people should contribute what they feel comfortable with and take part in building the “historic , grand temple.”

“I have started, now I am sure you will join me too. So that the coming generations keep getting inspired to follow the life, path and message of lord Ram,” he added.

In this list, actor Gurmeet Choudhary has also announced that he will make a generous contribution for the construction of a grand Ram Mandir in Ayodhya.

“You must have seen me in the character of Lord Ram and in different other characters but I truly believe that whatever I have achieved in life is due to Him. ‘Ramayan’ was my first ever serial on TV and I want to thank all of you from the bottom of my heart. And I want to share something beautiful with you today,” the actor said in the video.

BJP MP and former cricketer Gautam Gambhir has donated Rs one crore for the construction of the Ram temple in Ayodhya.

The cricketer-turned-politician said the donation was made by him and his family for a “glorious” temple in Ayodhya that is the dream of all Indians.

“A glorious Ram temple has been the dream of all Indians. Finally, this long standing issue has been put to rest. This will pave the way for unity and tranquillity. A small contribution from me and my family has been made in this endeavour,” the east Delhi MP said in a statement. 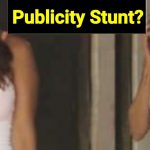 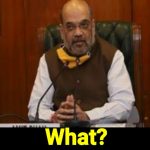