No one gets success easily. It takes a lot of hard work and following the right strategy generates the fruits of success. If we try to measure the factors of success, it is 10 percent luck and 90 percent hard work. We are sharing here with you an inspiring story of Chinu Kala who started with nothing but now has everything.

Chinu Kala was 15 years old when she left her home due to some reason. With just Rs 300 in her pocket, the teen left her family over irreconcilable issues. From a door to door saleswoman to waitressing and now, owner of Rubans accessories, Chinu Kala has come a long way but in essence, she is still that girl who did not let circumstances get the better of her.

“If you ask me today where I got the courage from, I genuinely do not have the answer. I just knew I had to do something. I only had two pairs of clothes and a pair of slippers. The first two days I was just lost and scared. It took me two to three days to get my bearings right. I then found a dormitory to live in,” Chinu says.

The dormitory where Chinu went charged Rs 20 per night/per mattress and even that was a struggle. “I think the need to make it big was so strong in me that I was willing to work harder than anyone,” she shares.

It took her a few days to find a job as a door-to-door saleswoman selling knives-sets, coasters, and other small home improvement products earning Rs 20 to Rs 60 on most days.

A year later, Chinu was promoted and at 16, was training three other girls. “I became a ‘supervisor’ of sorts and with that I was paid slightly more. That was the beginning of my sales training,” she informs.

Chinu was always fascinated by the prospect of being a businessperson. “I have always wanted to own a business. I wanted to succeed. There was a time when success for me meant just earning my meal for the day,” says the 37-year-old.

Having left home at 15, Chinu had no formal education and whatever she learnt she learnt through practical experiences.

She later took on the job of waitressing at a restaurant. “That job required my presence from 6 PM to 11 PM, and I kept on working. I never felt bogged down or tired with the work I was doing,” she says. She grew with every job and within three years she became financially stable.

In 2004, she got married to Amit Kala – her biggest support and left for Bengaluru. Two years later she entered the Gladrags Mrs India Pageant on the insistence of friends.

What was that experience like? “Imagine being in a room with super achievers – I hadn’t even completed my education and here I was flanked by people who had accomplished so much. It was scary! I was with people from very solid educational backgrounds but somehow I held my own. My experiences held my in great stead.”

Chinu was among the finalists in the pageant and with that more opportunities came her way.

“I have always loved fashion but I never had the money to spend on myself,” she says.

Chinu deals with designers from all over and curates various looks. “Initially, there was no mall that was ready to trust us and give us any space – it took me almost six months to get a space in the Forum Mall in Koramangala, after constantly chasing the manager,” she recalls.

Despite all the rejections, what kept Chinu going was her belief in the work that she was doing. And it did not in vain. “In the year 2016-17, we clocked in about Rs 56 lakhs. The next year the revenues grew by almost 670 per cent to Rs 3.5 crores. The last year saw us earning a revenue of Rs 7.5 crores,” claims Chinu.

“This for me is the love that the brand is getting,” she says.

“I believe that every day of work must bring in some growth – whether it is in the form of learning, understanding a new subject, or monetary gains. I never forget where I started from. Today I am able to pay 25 salaries and while that feeling is amazing – I believe in hard work and expect that from each person associated with my brand.” 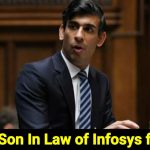 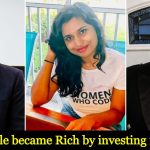