In the heartbreaking incident, a 20-month-old toddler sustained a severe brain injury after she accidentally fell from the first-floor balcony of her home while playing on the evening of January 8.

The 20-month-old Dhanishtha was rushed to Sri Gangaram Hospital, Delhi where doctors declared her brain dead. There are high chances of head injury from falls in children younger than 6 years of age.

However, after her death, she became the youngest cadaver donor by saving five lives. Today, her organs saved the lives of five others, the doctors of Sri Gangaram Hospital confirmed the news.

She may not be living but she is living in people’s hearts. 39-year-old Ashish Kumar and his wife Babita were devastated when their daughter, who was about to celebrate her second birthday, was declared brain dead.

“The doctor told us that Dhanishtha’s (daughter) condition is irreversible as her brain was dead. While her treatment was going on, we met other parents who were extremely worried about organs that were needed to cure their children. As her brain was declared dead, we asked the doctors if our daughter’s organs can be donated to save lives. The doctor said yes,” the father, Ashish Kumar told ANI.

“Together, we decided to go for this noble cause to save other children rather than burying/cremating her body. At least, we will have this consolation that she still lives in them,” Mr Kumar added.

Kumar is proud that his child became a medium to save the lives of five patients. “I will not say that I’m happy but whenever I would remember her, I would be proud that she became the reason for saving the lives of many patients,” Kumar said.

“This proud moment will replace the painful memory,” he added.

Organ donation is the best thing which you can do to save the lives of others after your lifespan. She gave life to 5 other people. Her Kidney was donated to an adult, while her heart and liver were donated to two children whereas cornea is in store.

Gangaram Hospital authorities praised the family for their noble act while urging others to follow suit. “This noble act of the family is really praiseworthy and should motivate others. At 0.26 per million, India has among the lowest rate of organ donation. On an average 5 lakh Indians die every year due to lack of organs,” said Dr D.S. Rana, Chairman, Gangaram Hospital.

Kumar also urged people for cadaver donation. “There are myths attached to it like the person whose organs are retrieved will be born without them in the next life. People should not believe in such things. If there is an opportunity to save the lives of others, one should do that,” he said. 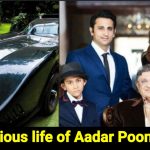 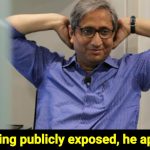