It is cognisance of the fact that Tanishq, which is one of the biggest and largest jewellery brands in the country triggered instant outrage online in the wake of their recent advertisement.

Meanwhile, the interfaith harmony advertisement didn’t go down well with Hindutva followers. They were annoyed with the ad concept from the start till the end and they even strongly protested against the release of the inter faith advertise on TV channels.

Though the advertisement was on the receiving end of trolls and abuses online, the ad concept received good comments from other section of social media users. Several users defended the jewellery brand in their effort to promote religious harmony or unity in diversity in India. One of the users who stood by the brand was Shashi Tharoor.

Shashi Tharoor took to his official Twitter handle to express his own opinion regarding the latest advertisement by Tanishq. “So Hindutva bigots have called for a boycott of ⁦@TanishqJewelry⁩ for highlighting Hindu-Muslim unity through this beautiful ad.

If Hindu-Muslim “ekatvam” irks them so much, why don’t they boycott the longest surviving symbol of Hindu-Muslim unity in the world — India?,” Shashi Tharoor wrote.

This is not the first that time interfaith harmony advertisement caused massive outrage across the nation. In this article, we will look at the other four interfaith ads.

Who can forget the Close Up’s 2018 interfaith ad? This particular advertisement depicted the love between two couples and promoted the concept of coming together despite different religions. Though it was a good concept to promote communal harmony, the ad received huge backlash and because of which, it had to be removed.

The Surf Excel Holi advertisement comes next on the list and it was one of the controversial ads released last year. Just like Close Up ad, this ad concept also faced same problems. However, the ad was not taken down by the company.

Brooke Bond Red Level advertisement form shows the bonding and settling differences between a Muslim idol maker and a Hindu buyer. This ad was launched last year and it received negative response from a certain section of people in the country.

The last advertisement on this list is Kaun Banega Crorepati launch ad which shows how a Muslim family assists a Hindu guy in answering one of the toughest questions during the rounds.

Also read: These people set an example of Communal Harmony in India | The Youth Special 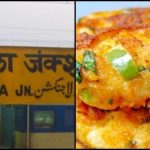 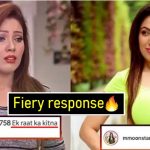