Setting an example of Hindu-Muslim unity and religious tolerance, Asif Khan and Rubi Asif Khan, have build a temple inside their house in Aligarh. The family said that they prayed to God for the speedy recovery of their son when his health got worse.

The family said that his health had gone from bad to worse, therefore the family prayed to God and Allah for his speedy recovery. According to the family, a temple has been established inside the house after he recovered from his illness.

The idols of Shri Ram, Sita, Lakshman, Hanuman, Shri Ganesh and Kanha are installed in the temple. After which Ganesh vandana was also performed. The family said that they believe in both Allah and God. They perform prayers on each festival. But after their wish got fulfilled, they constructed temple at their home.

Rubi Asif Khan is associated with BJP Mahila Morcha. She is Mahaveer Ganj Mandal Minister in BJP. The couple also said that a few days ago a Muslim family has converted to Hinduism. The news was reported by the media.

Rubi Khan said that the family, who embraced Hinduism, has accused us of threatening them. The couple has requested the district administration to conduct fair investigation into the case and demanded appropriate punishment for the culprits. 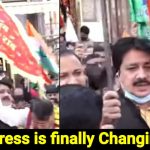 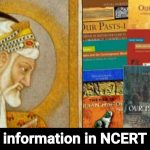