Money is not everything for a business. If you come up with the perfect business idea and work with grit determination, you can start your business even if you do not have much money. Nitin Shah, Chairman of Nitin Group of Companies and founder of Nitin Fire Protection Industries Ltd, started his business with nothing but now has an empire of ₹1,000 crore.

Nitin Shah of Maharashtra has a story that is an inspiration of how persistence in tough times can change these times to our favour. Let’s take a look at how Nitin Shah touched the pinnacle of success. His company Nitin Fire Protection Industries Ltd is one of the top companies in India.

Nitin Shah was born in a small-scale business family in Maharashtra where his father made fire extinguishers to be supplied locally. The idea of doing something of his own inspired Nitin from a very early age and he often spent time with his father in his shop after returning from school.

This habit continued even when Nitin joined college. Without fail he spent all his holidays observing his father and learning the tricks of the trade. But by the time he finished college and began getting more involved in his father’s business his peaceful life was disrupted.

But Nitin’s elder brother cheated on him and completely drove him off his father’s business. Nitin had grown up thinking he would expand his father’s business after completing his diploma in mechanical engineering. But when the time came he was left with absolutely nothing in his hand, not even his home.

If someone else were in his shoes, he would have fallen a victim to depression and succumbed to the struggles of life but Nitin gathered courage to live life on his own terms. He was left with nothing. He had  only a Rs 20-note in his pocket. How can someone start a business with only a Rs 20 note. He then approached a friend and narrated everything that had happened to him. Luckily, his friend had faith in him and he borrowed Rs 500 from his friend.

This amount helped him to sustain himself for a few days and in the meantime, he got a job in an auto garage in Mumbai. He could lead his happy life with the job, but he wanted to start his own business.

He came in contact with a person whom he had met with while he was working with his father. He was a senior advisor to the Department of Atomic Energy (DAE). He told Nitin about a maintenance contract for fire extinguishers at the department. His recommendation helped him win the contract.

This contract came as a relief for Nitin. He hired three people to assist him with the work. When he started off, he did not have the money to buy trolleys, pulleys or conveyer belts. He improvised with whatever equipment was available. He managed to save Rs 20 lakh within 6-7 months and he bought 1,200 square feet of land with this amount. The company was named Nitin Fire Protection Industry.

“When we were not repairing power cylinders, we were busy manufacturing extinguishers. Based on our work for the DEA, we got a maintenance contract for ONGC in 1986. It required complete maintenance of hose grills, engines and tanks at their plant. By end-1986, our turnover had crossed Rs 7 crore”, Nitin said.

In 1987, he decided to increase his manufacturing capacity and bought a 50,000 sq. ft space at Umargaon in Gujarat for Rs 1 crore. He employed some 25 people for manufacturing firefighting equipment at the facility.

Nitin devoted his life to his business to take it to new heights. In another major feat, he opened his third set-up in Goa in 1988 and added equipment designing and manufacturing services along with maintenance contracts. In 1989, a British company Apollo Fire Detectors joined hands with Nitin and later in June 2007 launched an IPO of Rs 65 crore.

He also launched another company Firetec Systems, through Nitin Ventures, for the European market. This company is now the world’s only company to offer all types of fire protection products including inert gases, chemical gases and water. 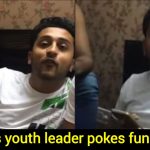 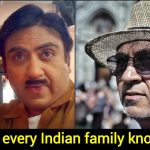