In a shocking video, which has gone viral on social media, AAP MLA Somnath Bharti can be heard threatening CM Yogi Adityanath. Kejriwal’s MLA Bharti is in Uttar Pradesh these days for the assembly elections 2022. It has been reported that ink was thrown at Bharti while he was abusing CM Yogi. Following the ink attack, an enraged Bharti resorted to dishing out death threats to Uttar Pradesh CM Yogi Adityanath.

“Nothing is going to happen from this. Yogi Adityanath’s death is assured. You have helped the attacker escape. You need to understand this. Tell Yogi Adityanath he would not achieve from such attacks,” Somnath Bharti said.

The AAP MLA was seen threatening, gesticulating and talking in a derogatory manner with the police officer who was trying to pacify him. AAP MLA Somnath Bharti visited Uttar Pradesh’s Rae Bareli in order to inspect some government school where someone hurled ink at him as he was abusing CM Yogi. The AAP leader had a heated argument with a police officer who stopped him from visiting the schools. After the incident, Bharti was detained in the guest house itself while the man who threw ink on him managed to escape.

Before an unidentified man attacked Bharti with ink, the AAP leader was also seen threatening the police official of getting him terminated from his job. The police officer had stopped AAP MLA Somnath Bharti from leaving the guesthouse for his visit to a UP government school.

“I will get you sacked. Bear this in mind. I can identify all of you. I will get all the officers who are trying to stop me today sacked,” said Somnath Bharti while threatening the police officer who stopped him from leaving the guesthouse.

Shortly afterwards, an unknown man hurled ink at Somnath Bharati. He was subsequently detained in the guesthouse and later taken away to Amethi by the Amethi police.

An FIR was also filed against the AAP leader in Amethi for his alleged derogatory statement about the condition of hospitals in Uttar Pradesh. 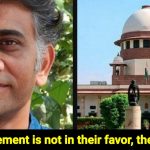 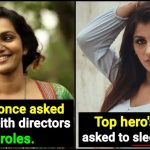