Parents play an extremely important role as they are the sole true guides for their children. They do everything for you – from education to grooming and even job search. They spend every single hard-earned penny for your well-being and growth. Your Parents always stay by your side, even if the whole world is against you.

Recently, a heart-touching picture from Tirupati, Andhra Pradesh has gone massively viral on social media. In the picture, a father working in the Andhra Pradesh police force was seen saluting his Deputy Superintendent of Police (DSP) daughter in Tirupati of Chittoor district.

A similar picture of the heart-warming incident has emerged from Uttar Pradesh wherein the mother saluted her IPS son as soon as she got to know about his promotion.

The state government approved promotions to seven officers of the Indian Police Service cadre. Yes, we are talking about Navneet Sikera, who has been promoted as ADG from IG.

DGP HC Awasthi gave new responsibility by putting new badges on the shoulders of IPS officers. IPS Navneet Sikera made a video call to her mother and told her that he has now become ADG. The mother became emotional and saluted him and said “Jai Hind Saheb”.

IPS Navneet Sikera shared this heart-touching moment on his Facebook and wrote that he was missing his father a lot, but he was happy by sharing this moment with his mother.

IPS Sikera said, “I called my mother up and told her that I have become ADG, my mother immediately saluted me and said “Jai Hind Saheb”. People burst into laughter at the woman’s reaction.

Navneet Sikera was born to Manohar Singh Yadav on 22 October 1971 in Shikohabad, Uttar Pradesh. Sikera is called the ‘Super Cop’ of Uttar Pradesh. Navneet completed high school from All Boys School in Etah district. Following which, he moved to Delhi to take admission in Hansraj College. But he was not given the admission form as he was not good at english. However, he did not give up. He bought books and studied himself. 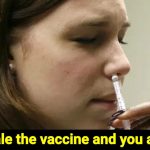 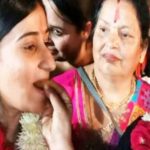