Most of us love to travel by train. A journey in the train is so much nice where you bump into unknowns and understand other’s perspective. You tend to make friends with fellow passengers during the journey.

People either order food through e-catering or eat at the railway station. We should know that there are some of the best railway stations in India that are popular for its delicious food. Let’s take a look at it:

This extremely good delicacy is so popular amongst people at Calicut. If you ever go to this place, then it is a must-try halwa and banana chips. It will be a different experience altogether.

This Halwa comes in various colours and flavours. Fruits are put in this snack to enhance the flavour. It is a jelly-like sweet made in coconut oil with added nuts, spices and garnished with coconut.

Who hates chicken? Even the ones who don’t eat them are developing a taste for it. Chicken cutlet is so famous at Howrah in West Bengal. It is soft inside and crispy on the outside. These ever-so tasty cutlets will surely melt in your mouth. It is served with green chutney.

Pazham Pori is a popular delicacy at Palakkad Station in Kerala. The ripe banana fritters is also known as Pazham Pori and it is a superb snack. Palakkad station is ranked the cleanest railway station in Kerala according to a survey conducted by Indian Railway Catering and Tourism Corporation.

Do you love Aaloo Tikki? Then you must try it at least once at Tundla in Uttar Pradesh. If you visit there don’t forget to bite these crispy yet soft Aloo Tikki layered with Dahi, onions and garam masala. Yummy!

Rabri, which is served in a clay pot is a mouth-watering food. It is loaded with nuts and other flavour enhancing the ingredients. T

Poha is yet another lip-smacking delicacy at Ratlam in Madhya Pradesh. This really has to be the most favourite for almost every person living in the state of MP.

If you love Chole Bhature then don’t even hesitate to book a ticket to Jalandhar and try this recipe. You’ll realise how much worth it is after you eat it. It should be noted that this railway station is at an altitude of 236.520 metres.

Yes, biriyani is served even at Railway station. At Shoranur Railway Station, they make spicy biryani with tender and juicy chicken. It uses all the local spices which enhance the taste.

Have you ever had the feeling of tasting something different at least once in your lifetime? Then you should surely try this camel tea because it tastes really good. It is found in Surendranagar, Gujarat. 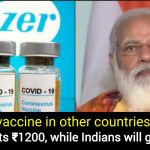