Are you willing to join Indian Space Research Organisation (ISRO)? Are you the one who is willing to give anything for the nation? Are you looking forward to representing yourself as a proud scientist with tones of pride? Then, here is a good news for you! ISRO has announced as many as 61 job openings for scientists and engineers at the Vikram Sarabhai Space Centre.

Though ISRO had announced these vacancies last year, the date for submission of applications was postponed and the portal for the application was reopened last week.

According to the notice, owing to the COVID-19 pandemic and the subsequent lockdowns the selection process was significantly delayed. Now, the organisation wishes to offer an opportunity to candidates who have recently graduated in the required specialised areas.

The application process has also started. Here is the detail…

Eligibility Criteria: While the essential qualifications are different for each post, a basic engineering degree is required to apply. To know the requirements and the nature of the post go through the official notification.

Eligibility: Graduate of Bachelors or Masters in engineering. The specialisation required for each post is mentioned in the official notification.

Step 1: Read through the official notification to ensure you meet the requirements.

Step 3: On the top left corner, there is a button to apply for the posts.

Step 4: Register on the platform using your email address and phone number.

Step 5: Once you have registered, you will receive a confirmation along with the application link in your email address.

Before submitting your application, a fee of Rs 250 will be applicable.

After an initial screening, eligible candidates will be shortlisted and a written test will be administered. Some candidates may be selected on basis of their cut-off percentage of marks scored in their graduation but the final selection will be based on the performance during the interview.

To know more visit the VSSC website or read through the official notification.

Indian Space Research Organisation, the national space agency of the Government of India, that is acquainted with space research and planetary science was found in 1969 and recently has pioneered the Mars Orbiter Mission, and now India becomes the fourth country in the country to reach the Martian orbit.

ISRO completed the Mars orbiter mission in the first attempt and thus India became the first country to accomplish so ,that too in a very small budget. India’s first lunar mission, Chandrayaan that was launched in 2008, made India the 4th country to host its flag on the moon.

ISRO was established eight years after Pakistan’s SUPARCO yet India has launched 65 satellites where Pakistan stands at 2. ISRO set a new world record in Feb 2017, launching 104 satellites in a single mission with the help of Polar Satellite Launch Vehicle (PSLV). 96 of the 104 satellites belonged to the United States. 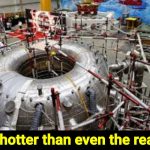 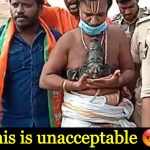