If you have ever boarded a plane, you would know that airlines have their own rules, whether it is about the fare of the aircraft or the attire of the flight attendant. You will be perplexed to know these rules of airlines.

British Airways has recently been in controversy for selling sexual services, as well as her underwear, during and in-between flights. it has also been alleged that the stewardess is offering sex between travels to customers along with other X-Rated services, in return for money. Amid these controversies, we are telling you about such airlines that have created their own controversy.

VietJet airline shot to prominence in the year 2011 with an advertisement featuring a crew in bikinis.

Vietjet earned its controversial name after many scandalous incidents in the past. It drew a lot of criticism for their onboard fashion shows in which models in swimsuits walked down the passage between rows of seats in an aircraft.

It was also fined ₹55,000 for compromising on air safety after the contestants from a beauty pageant danced around in the plane in the year 2002.

Vietjet hogged the limelight once again in January 2018 after lingerie models paraded down the aircraft which was transporting Vietnam’s under-23 men’s soccer team.

Malaysia‘s first Islamic-compliant airline, Rayani Air, began operations in 2015. It is the country’s first Islamic airline, offering flights that adhere to Islamic rules, including prayers, no serving of alcohol or meals with pork, and a strict dress code for Muslim female flight attendants.

Passengers offered namaz before takeoff and they were served halal food, where animals are slaughtered according to Islamic procedures. In 2016, the airline was banned from flying.

To be sure, there is a European airline on this list, but probably not the one you think. While the aforementioned RyanAir has created controversy based on its ridiculous fees and cramped airline cabins, Eurowings is controversial because it allows passengers bound for party destinations to make so-called “Blind Bookings,” where they pay a fix fee, then board a flight to a random destination.

No word on whether passengers have to pass a sobriety test before consenting to this, although the price they pay does appear to include transport back to their home country, a fine-print point I hope neither the airline nor the home country will come to regret.

Taiwan’s EVA Airways (pronounced “E-V-A” and not like the woman’s name) routinely receives accolades for its excellent product and service, in particular its longhaul business class. The controversy here, indeed, stems not from something bad, but something strange. Namely, the airline’s reliance on Japanese character Hello Kitty in much of its branding, including several aircraft that bear her likeness inside and out. If you want to see the abject strangeness of this airline in action.

Did you know that Norwegian Airlines isn’t actually Norwegian? It’s based in Ireland, a decision its founder proudly admits is in order to dodge taxes. Furthermore, the airline disproportionately employs Southeast Asian stewardesses, and doesn’t hide the fact that this, like its decision to base itself in Ireland, is for financial gain.

Further adding to the controversy, many of Norwegian’s admittedly popular long haul flights don’t even touch Norwegian soil, where you fly from Los Angeles to London or New York to Copenhagen. This is technically not illegal, of course, although it does seem somewhat deceptive in light of the airlines name—and decidedly “Norwegian” brand identity.

In recent years, Norwegian has attracted even more controversy, from using aircraft of questionable flight-worthiness as substitutes for its own while they undergo maintenance, to the fact that a majority of its routes end up canceled in less than a year because they aren’t financially feasible.

Back in the late 1980s, when famed carrier Eastern Air Lines was breathing its last breaths, a much younger Donald Trump (who was still mostly unscathed by bankruptcy scandal and had probably never even thought to run for president), decided to intervene and attempt to salvage the airline’s east coast “Shuttle” operation. Unfortunately, the same fate that would later befall Trump’s casinos befell his airline, which joined the scrap heap of history alongside Trump Steaks, Trump University but not, for better or for worse, the election of President Donald Trump. 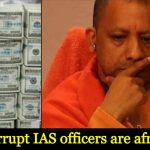 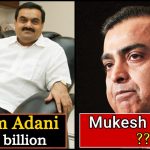