Famous comedian and Chairman of Uttar Pradesh Film Development Council Raju Srivastava has claimed that he received threat calls from a Pakistan number. The caller threatened to kill him and harm his family if he did not stop making anti-Pakistan statements on shows.

Raju also said that the caller warned him over the phone that he would lose his life if he continues to crack jokes against Pakistan.

The caller warned he would meet a similar fate as Kamlesh Tiwari, president of Hindu Samaj Party (HSP), who was murdered in broad daylight in his home in Lucknow in 2019.

Sharing a video on Twitter, Raju said, “When India was attacked by Pakistan and China, I was very angry. My anger flows through comedy. I’m being bullied. My condition will be like that of Kamlesh Tiwari of Lucknow. My children will be killed, but I will speak only about my country. I am working my way up. I was happy when my country’s soldiers carried out surgical strikes.

He has requested Union Home Minister Amit Shah, to look into the matter and launch an enquiry. This is not the first time when Raju Srivastava has received death threats. Seven years ago, he received threatening phone calls from Karachi and Dubai. At that time, he registered an FIR in Maharashtra.

It is to be noted that Hindu leader Kamlesh Tiwari was killed at his house in Lucknow, Uttar Pradesh on 18 October 2019. The accused were identified as Maulana Sheikh Salim, Faizan, and Rashad Pathan.

Who is Kamlesh Tiwari?

Kamlesh Tiwari was earlier associated with the controversial right-wing outfit Hindu Mahasabha and had also contested the 2012 assembly election from central Lucknow, but was defeated.

He had later founded the Hindu Samaj Party. In 2015, he allegedly made infamous remarks against the Prophet Muhammad, which stirred a massive controversy and protests. Kamlesh Tiwari was murdered for Prophet Muhammad remarks made in 2015, says UP DGP. 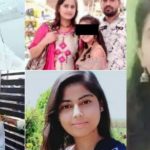 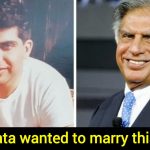