The amount of respect Ratan Tata has in the corporate world is unbelievable and the former CEO of Tata group is one of the richest persons in our country. Anyone can be a billionaire but one needs to be a good person like him.

The legend donates over 65% of his wealth to various charitable trusts. He is an industrialist, philanthropist, Padma Bhushan and Padma Vibushan Awardee.

He has revealed that he almost got married while working in Los Angeles as a  college graduate. Speaking to the popular Facebook page ‘Humans of Bombay’, Mr Tata opened up about his life after his parents’ divorce, growing up with his grandmother, the values she taught him, studying at Cornell University, falling in love and why the relationship eventually fell apart.

“I had a happy childhood, but as my brother and I got older, we faced a fair bit of ragging and personal discomfort because of our parent’s divorce, which in those days wasn’t as common as it is today,” Ratan Tata said in the first post of the three-part series.

“But my grandmother brought us up in every way. Soon after when my mother remarried, the boys at school started saying all kinds of things about us — constantly and aggressively. But our grandmother taught us to retain dignity at all costs, a value that’s stayed with me until today. It involved walking away from these situations, which otherwise we would have fought back against,” he added.

Ratan Tata, who is known as the man of dignity and great ethics, credited his grandmother for instilling the values in him. “I still remember, after WW2, she took my brother and I for summer holidays to London. It was there that the values were really hammered in. She’d tell us, ‘don’t say this’ or ‘keep quiet about that’ and that’s where, ‘dignity above everything else’ really embedded in our minds,” he added.

He also opened up about his love life and revealed how the relationship fell apart because of Indo-China war. Soon after the post surfaced online, it went viral with more than 21,000 reactions and over 2,000 ‘shares’, along with hundreds of comments. One user wrote, “His family literally built this country with their steel, and yet look at his humility”.

“Best series in coming for HoB. In fact everyone in India wants to know more about Ratan Tata sir,” said another.

One user wrote, “He is an amazing human being. Looking forward to reading more about this incredible man”.

Mr. Ratan Tata might not be the richest man in the world but for sure, he is rich at heart. The greatest man has won people’s hearts time and again for his contribution to our country and to make the nation a better place. The owner of Tata Group of India also proved that being on the Forbes list doesn’t make one rich but giving it back to the society is one that matters the most.

Talking about Tata Group, the company was set up in 1868 and also gained its international recognition after its tie-up with several brands globally. 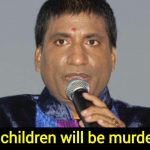 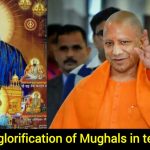