There is literally nothing that can stop women from exploring different fields in their career just like men. For so long, driving heavy four-wheelers like trucks and buses were meant only for men as it is a tiring job which demands patience to navigate between cities for the whole day or sometimes even more than that.

However, a 24-year-old woman by the name of Pooja Devi proved it wrong by breaking stereotypes to become Jammu and Kashmir’s first woman bus driver. Now let’s take a moment to appreciate her. She is probably the only woman in Kathua, Jammu & Kashmir, who drives the passenger bus on the Jammu-Kathua route.

An image of Pooja Devi driving the passenger bus has recently gone viral on social media. Her image garnered a lot of appreciation and praise on the internet.

Soon, the pictures of the lady ferrying the bus passengers went viral on the social media platforms where she was hailed for breaking the gender barrier by the netizens.

Pooja Devi, who dreamed of becoming a bus driver, finally got what she wanted. She also regretted that she could not receive a proper education since she came from a poor family.

She also shared how she struggled to become a bus driver and the resistance which she faced from the family and society in realising her dream. The woman in her thirties said that she learned truck driving from her maternal uncle Rajinder Singh. She later applied for a license for driving heavy vehicles.

Interestingly, male drivers from her area also appreciated her decision to take up driving as a profession. TheYouth is proud of her and wants her to go higher and higher. 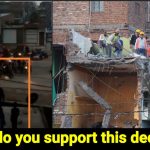 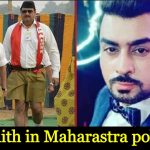