She is famous in the USA because she appeared in American Television Series – Quantico, a thriller drama series was most-liked by the viewers. Besides being a good actress in the shooting sets, she is known for singing songs as well. The ones that caught attention were In My City ft, Will.I.am Exotic ft, Pitbull -I can’t make you love me.

Before tying the knot with Nick Jonas, PeeCee allegedly had an affair with 6 men and let’s find out who are they:

Aseem Merchant and Priyanka were comfortable with each other and were there together since they were models. Priyanka bagged the title of Miss World in 2000, and since then, she got her big break. It was when both of them got separated and the annoyed Aseem wanted to take revenge on Priyanka by making a biopic on Priyanka.

He captioned it in 67 Days. PC filed a notice through court against the filming movie. Their affair allegedly serious, and Priyanka had reportedly tried to commit suicide just because of the frequent arguments that she had with Aseem.

Priyanka Chopra’s negative role in the movie Aitraaz starring Akshay Kumar and Kareena Kapoor pushed her to the peak as she got a lot of fame and the movie became a blockbuster. On the sets of the film, Akshay and Priyanka were seen in touch with each other which also started to annoy Twinkle Khanna, wife of Akshay Kumar.

This relationship went so serious that Twinkle stopped Akshay to work with Priyanka (though not confirmed). A guest, at a restaurant at Goa, who witnessed a serious tussle between Akshay and Twinkle, and shared: “The fight happened in full public view and as both Akshay and Twinkle screamed at each other, one got the distinct impression that he had admitted to having an affair with Priyanka Chopra.”

Harman Baweja, son of the producer Harry Baweja, made his Bollywood debut with the movie titled ‘Love Story 2050’ and PC acted alongside him in the movie, but the movie turned out to a big flop. Due to movie flop, tension sparked between them which forced them to part ways.

Nobody expected this to be honest. SRK and Desi Girl were seen spending a lot of stint alone during the shooting of Don 2. Once, they were seen together late at night, at around 3 AM and were even questioned about it, and they dodged the question by saying that they were busy doing the rehearsals.

While talking at the international talk show Dirty Laundry, PC was asked about a leather jacket which she once wore at the show, she openly told that it belonged to an ex, and people got the answer what she was talking about because, in a photo, Shah Rukh was also wearing the same jacket.

Gauri Khan, the wife of Shah Rukh Khan, was annoyed about the rumours of her husband being linked with the other woman, and she stopped Shah Rukh Khan to never be seen with Priyanka in public.

Though there is no such confirmed information, the two got cosy with each other and took one step further for a relationship while they were working in shooting sets for the movies Kaminey and Teri Meri Kahaani. However, both of them failed to create an impact at the box office. Their relationship didn’t last long enough.

It’s no doubt that PeeCee is famous in Hollywood. English actor, Tom Hiddleston shared a great deal of camaraderie with Priyanka Chopra. They both shared a lost of selfies too and exchanged their contact numbers as they were comfortable with each other.

Priyanka was asked about how she was comfortable with Tom, to which she replied “We were presenting for like 10 minutes. I met him for 15 minutes. We were behind the curtains for 10 minutes where he was adjusting my dress since it had a long train. We had to figure out to manipulate not tripping.”

Disclaimer: The Youth doesn’t vouch for the authenticity of the information given above. The team presents the inputs we got from several websites which, we believe, are highly reliable. 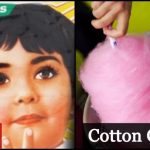 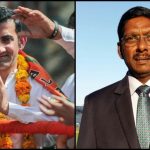