On 4 September 2019, Iqbal Ansari, one of the petitioners in the Ram Janmabhoomi–Babri Masjid dispute, was allegedly attacked by international shooter Vartika Singh at his residence in Ayodhya. She asked him to withdraw his claim from the dispute, threatening that she would otherwise shoot him.

Now, Vartika Singh has once again hit the headlines after she accused Smriti Irani of demanding a bribe. Hailing from Pratapgarh district, Vartika had recently moved court accusing the Union textile minister and two others for demanding money to make her a member of the central women’s commission, days after she was herself named in a police complaint.

Reacting to this, Smriti Irani’s legal counsel Kirat Nagra issued a statement and said the case registered is “the most bizarre and mischievous set of falsehoods”.

“This is a concerted attempt to bring disrepute to and defame my client on the basis of the most bizarre and mischievous set of falsehoods which also included brazen forgeries of official documents by this individual,” Nagra said in a statement.

“A malicious attempt has been made at seeking publicity by a habitual criminal offender wherein political patronage is writ large for this slander and defamation,” Nagra said.

Smriti Irani’s lawyer Nagra also said that to deflect attention from the investigation into the FIR against her for forging official documents, Vartika Singh has “lodged some fictitious case which we have read about in the press.”

Vartika Singh, in her complaint, had alleged that people close to Smriti Irani issued her a fake letter, appointing her as a member of the central women’s commission, a possible reference to the National Commission for Women.

She alleged that Vijay Gupta and Rajnish Singh, the two “aides” of the Union minister, initially demanded ? 1 crore from her and then brought the amount down to ? 25 lakh.

Vartika Singh also alleged that one of the men talked to her in an obscene manner.

On November 23, however, Vijay Gupta had lodged a complaint against the shooter and another person at Musafirkhana police station in Amethi district, accusing them of levelling unfounded charges against him and trying to spoil his image.

Based on the complaint, police had lodged an FIR against Vartika Singh. Many complaints have been registered against her so far.

The Congress on Monday demanded the resignation of Union Minister Smriti Irani over charges of corruption levelled against her by an international shooter, and said a thorough probe should be initiated to ascertain the truth.

Congress chief spokesperson Randeep Surjewala said at a press conference that the charges levelled are serious and that Prime Minister Narendra Modi should order an independent judicial probe to punish the guilty. 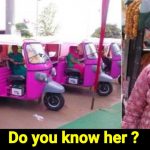 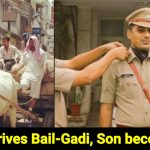