Exposing the bigoted and misogynist mentality of NCP leaders, a video has gone viral on social media in which the President of NCP’s Nagpur City Minority Department can be seen blatantly hurling abuses at the Hindus.

The video, which is doing the rounds on social media, shows that NCP leader Arbaaz Khan is not only using extremely offensive and crude language against the Hindus but openly threatening to rape the Hindu women.

In the video, Arbaaz Khan is threatening the Hindus and telling them to leave the country or face dire consequences. Further, in despicable words, he said that Hindu women should be raped since they roam around naked.

Showing arrogance and belligerence, he announced his name, address and phone number and challenged the Hindus to come and get him.

The video has sparked outrage among Hindus. They are filled with anger and outrage at the disgusting choice of his words. Further, the people are questioning the Maha Vikas Aghadi government, currently in power in Maharashtra, NCP being one of the alliance parties, whose leader is openly threatening and instigating rape against women.

However, this feeble attempt of an apology is not enough for the people whose rights have been violated. Such actions of the NCP leader Arbaaz Khan have invoked several criminal laws in the nation.

It is to be noted that Maharashtra’s Home Minister and NCP leader Anil Deshmukh also hails from Nagpur, the city where Arbaaz Khan hails from. However, no action has been taken by the Home Minister to maintain peace and tranquillity in his own hometown. Not only Deshmukh, but no leader from the NCP has also spoken against these vulgar comments and it is yet to be seen whether any action will be taken. 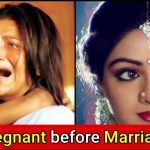 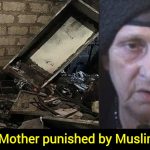