Arjun Rampal is a famous Indian film actor, producer, screenwriter, model, entrepreneur, and also a television personality. He hogged the limelight when he made his acting debut in Rajiv Rai’s romance Pyaar Ishq Aur Mohabbat.

The handsome hunk never fails to hit the headlines these days. Once again, he was in the spotlight this time because of his girlfriend. His ladylove Gabriella Demetriades is surely a bold lady on social media, who knows how to give it back to the trollers.

Recently, Gabriella Demetriades took to her social media platform and also shared a picture of Arjun Rampal, in his latest look.

Here, take a look at the latest picture shared by Gabriella:

Among many users, one of the Instagram users came up with a shocking comment. In his remark, the troll wrote how Arjun used to be handsome but now he looks like his grandfather. He wrote:

“He used to be so handsome, sorry but those big glasses and messy hair made him look like my grandpa while he only in his 50’s.”

As soon as Gabriella noticed the comment, she came up with a savage reply, which read: “please introduce me to your granddad”.

In case you didn’t know, Arjun Rampal was earlier hitched to supermodel Mehr Jessia, however, the two got separated in May 2018. The couple decided to be friends and take care of their daughters namely Mahikaa and Myra.

In July 2019, Arjun and Gabriella were blessed with a baby boy Arik.

Talking about Arjun Rampal’s work front, the actor was last seen in ‘Paltan’ and will be seen next in “Naastik”. 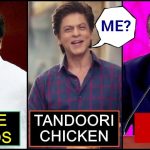 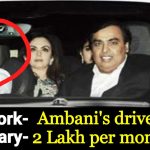