Bollywood life is a fascination for the Indian audience. They innumerate the style and personalities of their favourite stars. But many of the film celebrities inculcate weird habits over time, which are not known to their fans.

Apart from movies, Bollywood celebrities hit the headlines because of their controversial statements. Besides their dark statements, they also make headlines for their ‘good’ habits as well.

Lets us go through some interesting facts of the Bollywood stars.

Ayushmann started his career with a reality show TV Roadies. He worked as a Radio Jockey with Big FM in Delhi and then later joined MTV as a VJ. He is a graduate in English Literature and Master in Mass Communication from Punjab University.

Sunny Leone is a woman of generosity. There are many things you should know about her. After reading this, you would increase your respect for her and you would probably come to a firm conclusion that Sunny is a good human being after all. Most people know just one side of Sunny Leone but not the other side, which is her good side.

She is identified by many as ‘Adult movie actress’ but managed to win people’s hearts by stepping forward to donate something for the school in Mumbai. Though the school name is not disclosed, as per the sources, there are more than 300 students who follow their dreams.

The busy actress has got many projects to her name as she is doing many Indian movies. She was a very famous model in Canada before starting a new chapter in India.

Bollywood actress Preity Zinta is known for the knack of acting in movies and she has a massive fan-following. Even at the age of 45, she looks young and pretty. Kings XI Punjab co-owner was recently seen cheering for her franchise during the IPL. Whenever the cameraman focuses her during the match, fans would go crazy.

Preity has disclosed that she is a homely person and cleaning bathrooms are one of her favourite activities. Cleanliness is a good habit and it is good that the actress herself is keeping their bathrooms neat and clean. 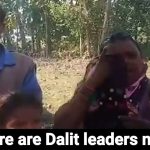 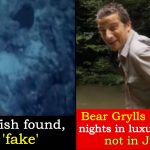