The “Silicon Valley of India”, Bengaluru, also the capital of Karnataka, which contributes 33% of India’s IT exports is a city of wonders. Bengaluru is home to all kinds of people, from ones who like to keep their heads buried inside books to those who seek the high nightlife in elite restaurants, pubs, and night clubs.

However, there are some interesting facts that a true Bangalorean is unaware of!

1. The history behind its naming

Initially named “Bengaval-uru” that is the “City of Guards” when it was a segment of the Ganga Kingdom until 1004 when the British arrived and designated the place Bangalore, was again renamed to Bengaluru on 1st November 2014. According to the famous legend, during the 12th century the Hoysala king Veera Ballala the 2nd was served with boiled beans and named the place ‘Benda-kaal uru’, that is, the town of boiled beans, which eventually evolved into ‘Bengaluru’.

2.  Bengaluru has the highest elevation than other major Indian cities

Bengaluru is considered to have the highest elevation among other major large cities, which is 3000ft (900m) above the sea, which is also the reason why the city experiences a pleasant climate throughout the year.

Bengaluru’s greenery is magical with 40% gardens and parks and 15% lakes and ponds and thus the name has given to it the “Garden city of India”.

The renowned R.K Narayan’s Malgudi days is a complete collection of 32 stories based on a fictional town called Malgudi which is derived from Maleshwaram and Baswangudi, two of the author’s favorite cities in Bengaluru.

5. Bengaluru is the first city to receive electricity in India

Bengaluru is the first city in India to generate electricity from the hydro-power plant of Shivanasamudra in 1905.

Famous food brand Mavalli Tiffin Rooms started with Rava idlis for the first time in Bengaluru itself. According to them during world war two when rice was in short supply they experimented with semolina as a staple item in idli instead of rice and a whole new item was added to the South Indian breakfast menu.

Bengaluru has a warm affection for rock music and is a hub for huge international artists such as Metallica, Iron maiden, and Deep Purple and arranging live gigs. Bengaluru now has its subgenre in music called ‘Bangalore Rock music’, which is a fusion of hard rock, classic rock, heavy metal with a touch of blues and jazz music. The city is also home to rising bands such as the Raghu Dixit Project, Kryptos, Inner sanctum, Agam, etc.

8. Place for Engineers and Engineering

A place which is still used as a verb, Bangalored is mostly used by Americans when they lose their jobs as they are outsourced to offshore companies and more specifically, to Bangalore.

Bengaluru stands 4th in overall GDP contribution in India and with economic growth of 10.3% is the 2nd fastest growing metropolitan in India.

With an estimation ranging between 3500 and 4900 startups including Flipkart and Redbus, Bengaluru stands 2nd in the world’s fastest-growing startup ecosystem following Berlin according to a 2015 report of Global Startup Ecosystem Ranking by a San Fransisco based research firm Compass.

Bengaluru is statistically proved to have the densest traffic with the highest number of two-wheelers in the world.

The Garden city has seen a sharp rise in the number of cemetery lands as suicide rates increases due to unemployment and poverty.

15. Freedom Park was a jail

Freedom Park, located in the central Business district of the city of Bengaluru has a part allotted for the protest was formerly the central jail where Atal Bihari Vajpayee and many other opposition leaders were arrested and jailed during the 1975 state emergency.

Bangalore Metropolitan Transport Corporation introduced intra-city Volvo buses first time in the country. Another astonishing fact is the route no. 600, covers 117 km round trip as it starts and ends at Banashankari making it the longest city bus route in India.

17. Only place with traffic intersection flyovers

With vehicle density incrementing day by day in Bengaluru, traffic signals and crisscrossing traffic atop of flyover is a view that cannot be missed.

19. Both commercial and defense airlines in the same airport

The HAL Airport was utilized as a testing facility by the Indian Armed force and also as the city’s domestic and international flights thus until 2008 it became the only Airport providing such facilities in the world. 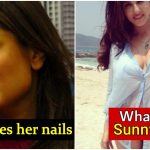 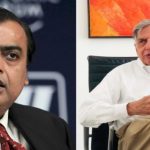