For the unversed, Jassym Lora is a Jamaican model and also a Fashion Lifestyle Influencer. She has been married to Andre Russell since 2016. In January this year, the lovely couple took to micro-blogging Instagram handle to welcome the birth of a daughter, Amaiah S Russell.

Nonetheless, she has often been a recipient of massive trolls. In fact, many have even ‘body-shamed’ her, and the same didn’t go down well with Jassym Lora. Time and again, she came up with epic replies to silence the haters and perverts.

One of the Twitter users crossed his limits and made a body shaming comment on Jassym Lora. Take a look at the picture below:-

The couple are quite active on all social media platforms and like to interact with their fans. Russell and Lora usually come up with sizzling pictures on social media.

Jassym Lora also accompanies Andre Russell to the cricket stadium and can be seen cheering for her hubby donning the Kolkata Knight Riders (KKR) jersey in the Indian Premier League (IPL).

Jassym Lora’s husband Andre Russell was out of form this season. The powerful man who is capable of clearing the balls out of the park with such ease has been struggling to score runs for Kolkata Knight Riders in this edition of the Indian Premier League.

Andre Russell scored just 117 runs from 10 games at a poor average of 13. However, he was pretty decent with the ball as he picked six wickets to his name. Shockingly, he has hit only 9 sixes, which is indeed shocking considering a player of that calibre.

With Andre Russell not reaching his imperious best, one of the Twitter users tried to make use of this opportunity to troll Russell and his wife. The troll had earlier suggested that Jassym Lora should join him soon in Dubai. He wrote, “Jassym aunty please go to Dubai Russell is not in good form.” However, Jassym Lora hit out at fan by writing: “He is in best form.” 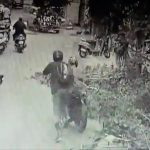 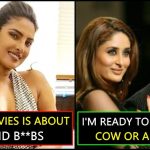