We have come across people shaming or trolling every second person for their posts on social media. Be it right or wrong reason, some people still find a reason to troll them.

Meanwhile, MiG-29K trainer aircraft crashed over sea and the pilot went missing. While people are feeling sad over the news, a section of users from a certain community thinks the ‘loss’ otherwise as they reacted ‘HAHA’ to the news post on Facebook.

This act is deemed contrary to the spirit of human values. Social media is criticising the people who left laughing reactions over the saddest news.

The Indian Navy on Friday, mentioned that a MiG-29K trainer aircraft, which was functioning in the Arabian sea, crashed at around 5 pm on Thursday. While one pilot was rescued, a search operation was launched for the second pilot who went missing since last evening.

In the latest development, the search operation is still in progress by air and surface units. The Indian Navy further added that an inquiry has been ordered to investigate the unexpected crash of MiG-29K trainer aircraft.

“A MiG-29K trainer aircraft operating at sea ditched at about 1700 hrs on 26 Nov 20. One pilot has been recovered and search by air and surface units is in progress for the second pilot. An inquiry has been ordered to investigate the incident,” the Indian Navy said in a statement. 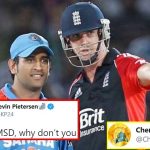 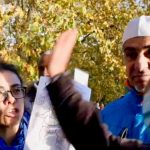