Let’s take a look at three actresses who gave hard-hitting replies to perverts.

Indian film actress Ileana D’cruz gave a mouth-shutting reply to one of the trolls who asked her about losing her virginity for the first time. Usually, Ileana is quite active on various social media platforms.

The incident took place after she had decided to throw an interactive session on Instagram by the name “Ask Me Anything”. This was done to interact with her fans on Instagram.

During the live session, the actress came across a strange question from someone who had dared to ask her a private question. This is what this user asked, “Man..when did you lose your virginity?”

Ileana replied at once to this question by writing, “Wow.. Nosy much? What would your mother tsk tsk.”

Social media platforms have helped celebrities gain massive popularity that too in a short span of time. Nonetheless, apart from her unique and brilliant acting skills, she hits headlines for her trademark befitting replies to trolls and to her fans too.

In 2018, a Twitter user crossed his limits and then gave a compliment to Taapsee Pannu which was disrespectful in nature. The guy wrote, “I love your body parts.” 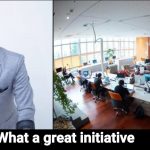 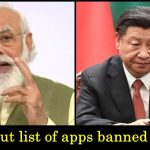