‘A woman, whether she is in Pakistan or anywhere else in the world is not weak,” Maryam Nawaz Sharif added. Her statement comes after the way in which she was treated badly by the jail authorities.

The daughter of three-time former Pakistan prime minister Nawaz Sharif claimed that CCTV cameras were installed by the officials in her prison cell and bathroom.

According to Geo News, Pakistan Muslim League-Nawaz (PML-N) vice president disclosed during an interview about the alleged ordeal she suffered while she was in jail after being detained in the Chaudhary Sugar Mills case in 2019.

“I have gone to jail twice and if I speak about how I, a woman, was treated in jail, they (Pakistan government) will not have the audacity to show their faces,” she added in a statememt.

While launching a scathing attack on the Pakistan Tehreek-e-Insaf (PTI) government, Maryam Nawaz added that if senior authorities can barge into a room and forcefully her into custody in the presence of her dad Nawaz Sharif, then no woman is safe in Pakistan.

“A woman, whether she is in Pakistan or anywhere else, is not weak,” she added.

“Army is my institution. We are ready to hold talks (with the Army) but only within the framework of the Constitution. And such talks will be held right before the eyes of the people. We will not hold any secret dialogue,” she said in an interview with BBC Urdu.

“We are not against the institution (of the Army) but we believe that in order to move forward, this government should be sent packing,” she said. 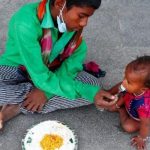 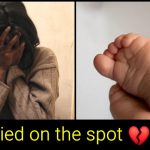