In an unprecedented move, the UN Watch took a scathing dig at Prime Minister Imran Khan for his intolerant views and Pakistan’s inclusion in the UN Human Rights Council (UNHRC).

Pakistan was recently re-elected to the UNHRC even as the country’s human rights record is one among the worst in the world.

Two weeks ago, a French teacher was beheaded outside his school in broad daylight by a terrorist for showing the cartoons of Prophet Mohammad to his students.

The attack drew condemnation from political parties and President Emmanuel Macron, who called the crime an “Islamist terrorist attack”. While President Emmanuel Macron has made it clear that France would never surrender its core values in the face of such terror attacks, Pakistan Prime Minister Imran Khan justified the brutal act of beheading by arguing that the teacher had committed “blasphemy” by showing the cartoons of the Islamic Prophet.

The official Twitter handle of the government of Pakistan had quoted Khan saying, “Blasphemy in garb of freedom of expression is intolerable.”

The Geneva-based rights group, which is the only UN-accredited watchdog of the global body, on Twitter rebutted Prime Minister Khan saying, “Your presence on the UN Human Rights Council is intolerable.”

In its response, the Pakistan government accused the UN Watch of being a pro-Israel Non-Governmental Organization (NGO) with evident bias against Muslims.

Arslan Khalid, the digital media adviser to Prime Minister Khan on Twitter alleged that the NGO had nothing to do with the UN.

The NGO countered the Khan government saying that Pakistan pretended to be a defender of Muslims and yet takes an apathetic stand on the human rights abuse of over one million Uyghur Muslims.

The UN Watch pointed out that the Pakistan government instead of supports and praises the Chinese government which is perpetrating genocide against Uyghur Muslims in Xinjiang province. 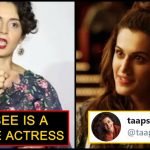 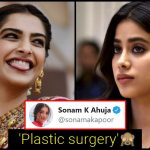