Priyanka Chopra and Nick Jonas are among the most loved couples across the world. Their love story has not only broken stereotypes of Indian-English marriage but also the social stigma surrounding age gaps between spouses.

Recently, images of Priyanka and Nick went viral on social media in which Priyanka was spotted celebrating the festival Karwa Chauth. The Hindu festival Karwa Chauth was celebrated with a great amount of zest on 4th November 2020. The actor took to Instagram to share pictures from her US home as she fasted for husband Nick Jonas.

In the photos, Priyanka was seen in a simple red sari, looking stunning. She held an aarti thali in her hands, as she posed for a picture in front of an idol of Lord Shiva. Another picture showed her getting a hug from Nick. “Happy Karwa Chauth to everyone celebrating. I love you @nickjonas,” she captioned her post.

This was Chopra’s second Karwa Chauth celebration after her marriage to Nick in 2018. In the first photo, Chopra was seen posing coyly for the photo, and in the other, she was seen leaning on and posing with husband Nick.

Priyanka’s fans were in love with her pictures. “You’re looking absolutely stunning,” wrote a fan. “Y’all are the cutest things ever,” wrote another fan.

Priyanka was in Germany for the shoot of her upcoming film, Matrix 4. She returned to the United States earlier this week and shared an adorable picture from her reunion with Nick. In the photo, Priyanka could be seen in a blue shirt and sunglasses, sitting in a red convertible with Nick. They had their dogs Diana, a chihuahua, and German Shepherd Gino in the car with them. “Home is where the heart is @diariesofdiana @ginothegerman @nickjonas,” she captioned her post. 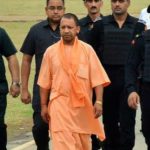 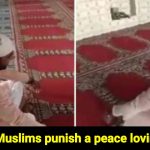