German company shifts its manufacturing base from China to UP, starts its work from today, will give jobs to 10,000 - The Youth

India is making the headlines for all the right reasons. In a big win for the country, a German shoe brand, Von Wellx, recently shifted its manufacturing units to Agra, Uttar Pradesh, from China.

The shoe company has operationalised two production units in Agra. If sources are to be believed, then about 2,000 people have been given employment so far in these units, and the company is slated to invest approximately Rs 300 crore in three projects in UP which will generate around 10,000 jobs. The company aims to produce around five million pairs of shoes annually in these manufacturing units.

Alok Kumar, additional chief secretary, Infrastructure and Industrial Development, state government, inaugurated the units in an online ceremony. “It is an important milestone in post-Covid-19 era that an investment proposal has materialised within a short span of five months,” said Alok Kumar while inaugurating the units.

Earlier, referring to the two units made operational, CEO, Iatric Industries Group, Ashish Jain said: “It was a multiple footwear project. It will produce 2.5 million pairs across different segments annually.”

“The Iatric Industries will be the exclusive collaborator for technology transfer, research, development, marketing and production,” Jain added.

The brand is said to have over 100 million customers across the globe and it has stopped production in China. More than 10,000 jobs will be created in Uttar Pradesh with the help of this move which will ultimately reduce the unemployment problem from the state. It is indeed a massive victory for UP to attract the renowned company.

This is indeed a big achievement for the UP government, especially during the pandemic phase, since the whole process started just five months ago when the country was under the lockdown.

The coronavirus pandemic has brought a key opportunity for India. We are at a critical juncture in this fight. A self-reliant India is the only way forward. The world now believes that India can do very well and that we can contribute greatly towards the welfare of mankind. After the COVID-19 pandemic, many companies are looking to shift from China to India. 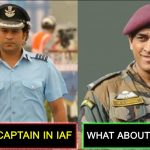 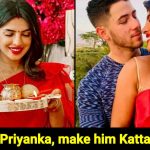