Days after the barbaric beheading of teacher Samuel Paty outside his school by an 18-year-old of Chechen origin, thousands of people came out in his support.

Samuel Paty, who was a history teacher, was murdered on Friday in broad daylight by a terrorist for showing the cartoons of Prophet Mohammad to his students.

The murder sparked massive outrage in the country and drew condemnation from political parties and President Emmanuel Macron, who called the crime an “Islamist terrorist attack”.

A huge crowd of people, defying threats to their life, on Wednesday gathered near a government building in Montpellier to condemn the killing of Samuel Paty. Amidst heavy security, the locals projected many cartoons of Prophet Mohammad and the images of Samuel Paty on a local government building as a symbolic tribute to the deceased teacher. People came out on roads to protests against Islamist terrorists.

It has been reported that the images were projected onto two town halls in the Occitanie region — Montpellier and Toulouse for over four hours on Wednesday evening. Carole Delga, the mayor said that the decision to project the image was to state “there must be no weakness in the face of the enemies of democracy, facing those who transform religion into a weapon of war… those who intend to destroy the Republic.”

Later, the killer was shot by police as they tried to arrest him and later died of his injuries. The authorities are investigating the case and have arrested 15 people so far. Among those in custody are four school students and four of the attacker’s family members, according to BBC News. The police also carried out some 40 raids on the homes of suspected radicals on Monday.

President Macron said, “Islam is a religion that is in crisis all over the world today, we are not just seeing this in our country”. 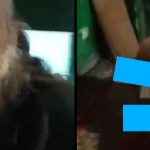 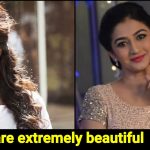